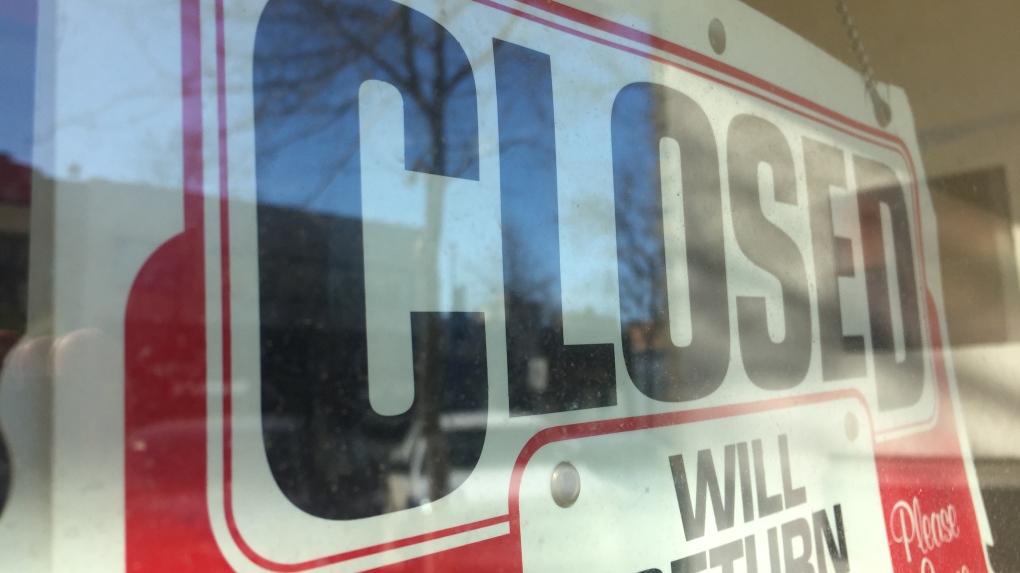 Many businesses in the city are closing or operating under reduced hours in response to COVID-19.

SASKATOON -- The Canadian Federation of Independent Business (CFIB) estimates that 17 per cent (6,483) of Saskatchewan small business owners are thinking about closing their business due to COVID-19.

That puts an estimated 89,551 jobs at risk across the province, according to CFIB.

“2021 isn’t off to a great start for Saskatchewan’s small business. After the tough financial and emotional slog to get through a historically difficult year, the beginning of 2021 feels more like the fifth quarter of 2020 than a new year,” said Marilyn Braun-Pollon, CFIB’s vice-president, Western Canada & Agri-business, in a news release.

“It is critical that we do what we can as individuals to limit the spread of COVID-19, while allowing businesses to operate safely at limited capacities. We must also ensure that provincial support programs are renewed for those businesses impacted by ongoing restrictions.”

Nationally, the number of threatened businesses could be as low as 71,000 or as high as 222,000 (between seven and 21 per cent of all businesses) depending on how the coming months unfold, CFIB says.

Businesses in the hospitality and arts and recreation sectors are most at risk, with roughly one in three businesses in both sectors considering closure, according to the release.

Projecting these results to all Canadian businesses allowed CFIB to estimate the number of businesses at risk across Canada, by province and by sector.