'This terrible loss will never be forgotten': La Loche will be defined by its 'determination to heal and rebuild,' Trudeau says 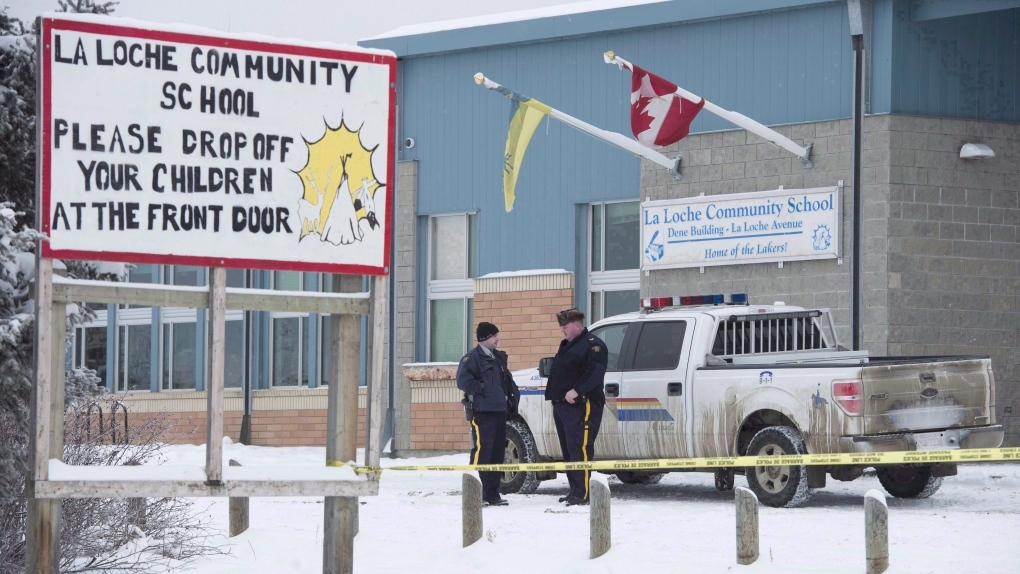 SASKATOON -- Prime Minister Justin Trudeau marked the fourth anniversary of the La Loche shootings by noting the “remarkable young people” in the community “who refuse to let their dreams and hopes be extinguished by this senseless tragedy.”

The shooter was weeks shy of turning 18 when he killed two brothers at their home and a teacher and a teacher's aide at the La Loche high school in 2016. Seven others were injured.

“Today, we remember the victims, young people who were full of promise and potential. To the families, friends, and neighbours who carry with them immeasurable grief, we offer our deepest sympathies and support. We also pay tribute to the first responders, Indigenous leaders, and front-line service providers whose courage and professionalism saved lives at Dene High School, and prevented further tragedy that day,” Trudeau said in a statement.

“This terrible loss will never be forgotten. But as the years pass, the people of La Loche will be defined by their determination to heal and rebuild, and their care for each other.”

The federal government in 2019 provided funding to continue support for cultural and language programs, on-the-land outdoor learning activities, and mental health services for students at Dene High School, he said.

The shooter pleaded guilty to first-degree murder, second-degree murder and attempted murder. He was sentenced as an adult to life in prison with no chance of parole for 10 years.

In December, his lawyer said he planned on asking the Supreme Court of Canada to reconsider the adult sentence, said his client's cognitive issues were overlooked.