'This little guy was very distressed': How a baby fox trapped in ice was saved in Saskatoon 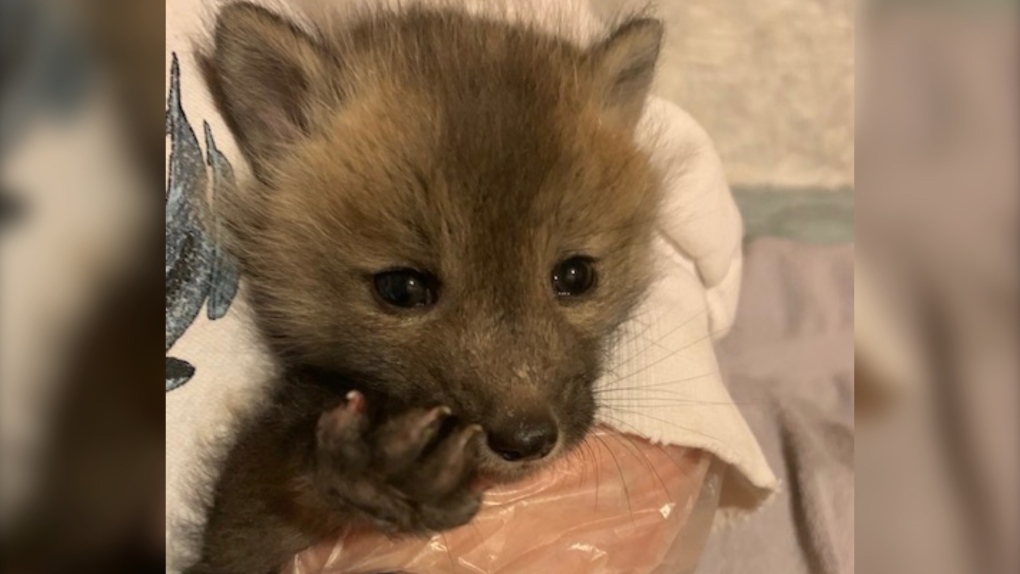 A fox kit rescued after being stuck in ice in Saskatoon.

SASKATOON -- A chance encounter with a dog walker meant the world to a baby fox that had become stuck in ice.

The fox was taken to the Western College of Veterinary Medicine where vets treated the kit.

Jan Shadick, Executive Director at Living Sky Wildlife Rehabilitation where the fox s being cared for, credits their efforts with saving the kit's life.

“This little guy was very distressed. He was really frozen into the ground.” Shadick said, very appreciative of the man who found the fox and the vets who worked to save it.

The fox is now recovering and on a special formula for foxes that needs to be ordered from the U.S. and administered every four hours by Shadick or a volunteer at the rehabilitation centre.

Shadick says that the fox is doing much better and seems to be on the mend, but he will have a check-up with at the vet college to monitor frostbite at the end of his tail which could result in amputation.

For now, Shadick says they will continue to feed and monitor the wounded animal, but from a distance, as they make it a practice to not get too friendly with their rescues.

“We just want to hold them and cuddle them and nurture them, but we need to be really careful that these animals don’t become too accustomed to humans, because our goal is to return them back to the wild.” Shadick said.

Shadick said that although in this case the man who found the fox did the right thing, often the mother can still be nearby a baby animal is found and the presence of a human or a dog will keep the mother away.

This is most common for baby bunnies as the mother will often only be around the baby in the morning and again at night, and Shadick warns that just because a baby bunny is alone, doesn’t mean it’s abandoned.

Shadick says initially when COVID-19 began shutting things down she was concerned there would be fewer tips about animals in need.

Instead, she has found the opposite, saying with more people at home and watching nature, they’ve been receiving more calls reporting animals in need of assistance.