‘This isn’t right’: Donations continue to pour in for man charged in deadly Sask. crash 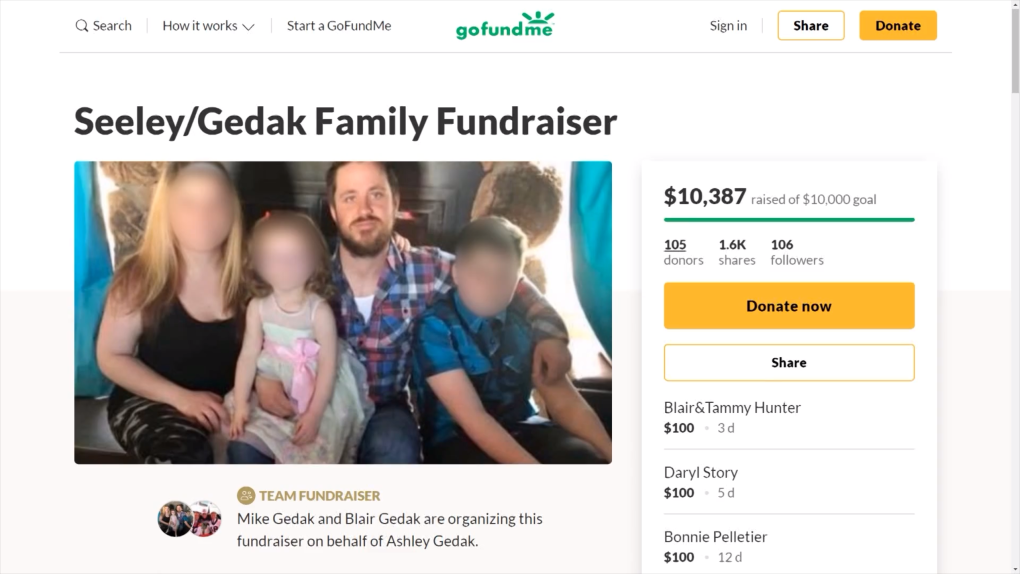 This GoFundMe page was set up before Tyler Seeley was charged, with the goal to help him and his family with finances.

SASKATOON -- People are continuing to donate to a GoFundMe page for a man charged with impaired driving in a fatal crash.

Tyler Seeley is facing 10 charges following a crash between two trucks on Highway 41, near Aberdeen.

Seeley, 34, and his four-year-old passenger were also injured.

The GoFundMe page was set up before Seeley was charged, with the goal to help him and his family with finances.

“This tragedy has left their family devastated and without ability to work for an undetermined length of time. Any financial help to get them through these tough times ahead would be so greatly appreciated,” the page reads.

The fundraiser has enraged people online, who are advising against contributing to the page because of Seeley’s impaired driving charges.

“He shouldn’t be getting any sympathy from the public,” a user wrote on Reddit.

Other users are showing support for the page, saying Seeley’s family shouldn’t be associated with the charges and need financial support.

On Friday morning Seeley made a brief appearance at Saskatoon Provincial Court. He’s scheduled to be back in court on Wednesday.