'They've done so much good': Johnny 2 Fingers happy to be part of TeleMiracle 47

'They've done so much good': Johnny 2 Fingers happy to be part of TeleMiracle 47

Kinsmen TeleMiracle announced its lineup of 81 performers on Thursday. The 20-hour telethon will be broadcast live from Prairieland Park in Saskatoon on February 25 and 26.

For Moose Jaw-based wrestle rock band Johnny 2 Fingers and the Deformities, playing the 47th Kinsmen TeleMiracle was a natural fit.

2 Fingers was born with, you guessed it, just two fingers on his left hand, and he says he needed a lot of operations when he was young to help him walk.

His family received a lot of help from organizations like Kinsmen TeleMiracle to pay for medical expenses and he wanted to be able to give back.

“It's a cool thing to do,” said 2 Fingers. “It's nice to be a part of something with so much history. They’ve done so much good, and they helped me out so it's nice to return the favor.”

Growing up with a disability and intensive medical needs can be an isolating experience, says 2 Fingers.

“You’re alone a lot. You’re not included in things other people can do. It’s nobody’s fault, but you just kind of don’t have a choice when you have mobility issues,” he said.

2 Fingers says these challenges have helped shape his creativity — and his ironic sense of humour.

“You don’t have a choice but to be your own company. I think that’s partially why I like being busy with my hands; why I’m a writer and I make music and that type of thing — lots of personal time.”

And after all his tribulations, 2 Fingers says he now gets a parking pass that lets him park like royalty on the streets of Moose Jaw.

He describes his band as a psychedelic mixture of George Thorogood, AC/DC and Stone Cold Steve Austin.

For public safety reasons they’ll be playing in an overnight slot, he says.

“They’re putting us on the after hours because it’s safer for everybody; for the civilians, for the safety of the children. I’m a father! I have children! I think I’m just misunderstood. I get it all the time,” he joked. 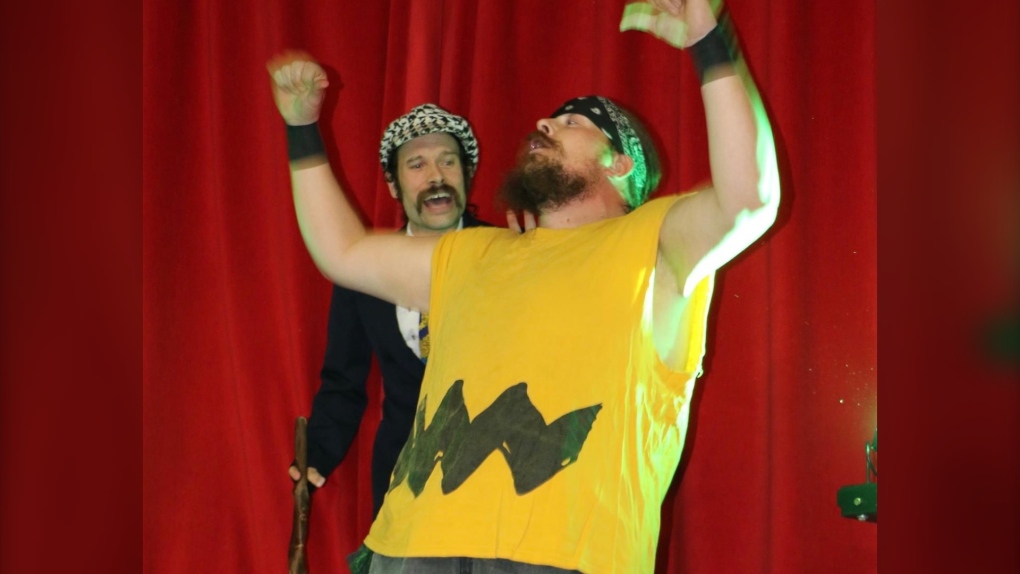 Aside from music, 2 Fingers also performs with Prairie Pro Wrestling as the manager for Cannonball Kelly. They have a match coming up in Saskatoon — Season’s Beatings at the Cosmo Senior Centre on Dec. 10.

Cannonball Kelly faces off against El Asesino in a grudge match.

Attendees are encouraged to bring a new toy to the show to donate to the Secret Santa Foundation.

The federal Liberals have withdrawn an amendment to their gun bill aimed at enshrining a definition of banned assault-style firearms, citing 'legitimate concerns' about the need for more consultation on the measure.

White-tailed deer may be a reservoir for COVID-19 variants of concern including Alpha, Delta and Gamma, according to new research out of Cornell University that raises questions about whether deer could re-introduce nearly extinct variants back into the human population.

A group of airlines is asking the Supreme Court of Canada to hear their case after a lower court largely upheld the validity of Canada's air passenger bill of rights.