'They are wanderers’: What makes moose's foray in Saskatoon so unusual

SASKATOON -- As if 2020 couldn’t get stranger, residents of Saskatoon witnessed a moose sprinting up a busy downtown corridor, travelling more than eight kilometers before taking refuge in a yard in the city’s Briarwood neighbourhood.

“Pardon the pun but my first reaction was this is pretty wild,” said Todd Holmquist, executive director with the Saskatoon Wildlife Federation. “It’s not something you see every day or every night and happily nobody got hurt, no vehicles were damaged and most importantly the moose wasn’t hurt.”

On Sunday, Saskatoon Police Service issued a public alert after reports of a moose on the loose in the city. The first report came around the Broadway Bridge area. A few hours later, police advised the moose was found in a yard in the 100 block of Briarvale Road, where conservation officers tranquillized the animal and moved it outside of the city.

According to the Ministry of Environment, conservation officers peg the moose at two to three years old, and while it's not sure how the moose entered the city, Holmquist said it likely wandered along the riverbank and then something spooked it, causing it to cross into the city.

“They are wanderers, and she may have gotten scared up by the river’s edge by something or someone,” Holmquist said, adding lower than normal activity during the night in light of the pandemic means wildlife might not be as afraid to cross into the city limits.

“For this moose, all of a sudden it decided this was a good time to cruise Broadway.”

Holmquist added animals are on the move more during this time of year because it’s breeding season, but he’s thankful this animal and the public stayed safe because if this didn’t happen on a Sunday morning, there could have been a lot of damage and a potentially injured or dead animal.

Between the first reported sighting near the Broadway Bridge, it’s estimated the moose travelled a little over eight kilometres until it was found in Briarwood. Conservation officers with the ministry said it’s likely the moose was spooked many times as it made its way through the city. But the moose was calm when officers tranquillized it Sunday afternoon.

Holmquist said because of the size of the moose, it could easily travel across the city in a few hours. 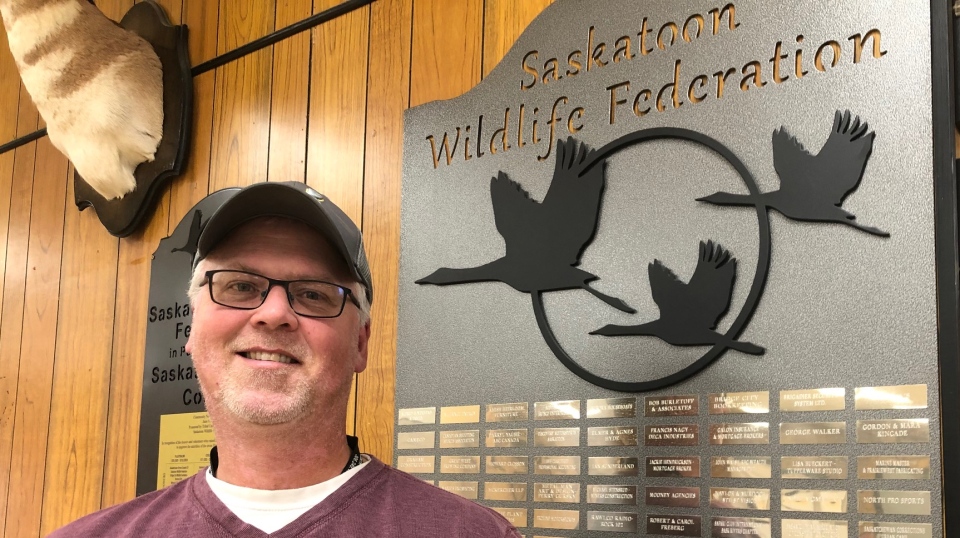 The ministry said the moose was tranquillized and brought outside the city, southeast of Saskatoon, adding it's quite rare to see wildlife so deep in the city.

“Every year, we get moose, deer and other wildlife in Saskatoon. The Saskatoon office receives multiple calls from the public each time there is a moose in the city,” a ministry representative said in an email.

“This would be a rare occurrence.”