'They are everywhere all the time': Saskatoon researcher captures hidden world of wildlife inside city limits

SASKATOON -- Spying on the urban wildlife sneaking around Saskatoon, a University of Saskatchewan graduate student has captured incredible images from 30 trail cameras across the city.

“It’s very much like there is this second world that is layered on top of us and it’s a world that not a lot of us get to interact with,” said Katie Harris, animal science student at the U of S.

Since September, Harris’ trail cameras, donated by Saskatoon Forestry Farm Park and Zoo, have captured images of a beaver taking a tree down, coyotes chasing a deer into a slough, mule deers roaming around freely and Red Foxes traversing through the natural and residential developments of the city.

Harris said in the first five months of the project, studying how wildlife interacts with the city, she’s seen behaviours among some animals altered because of the urban environment, including red foxes and coyotes as well as mule and white-tail deer. 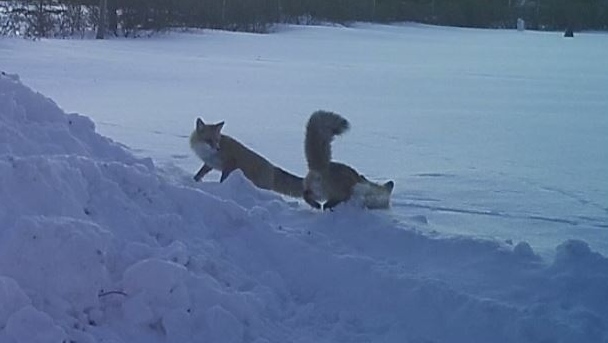 But here, Harris said, coyotes haven’t adapted to urban pressures as much as the red fox has, so coyotes tend to be more around the perimeter of the city and foxes are in core neighbourhoods, on residential streets.

Within the city she’s found mule deer but no white-tails.

“They want nothing to do with cities, they are more so in the rural areas,” she said.

Renny Grilz, resource management officer with Meewasin Valley Authority (MVA) has been working closely with Harris on this project. He said the MVA has around 50 cameras in different parts of its trail network including the Northeast Swale and Beaver Creek Conservation area.

He said Harris’ project is a great way to expand its network of cameras and get a better sense of the amount of wildlife moving through the city and how animals adapt to the growing city. 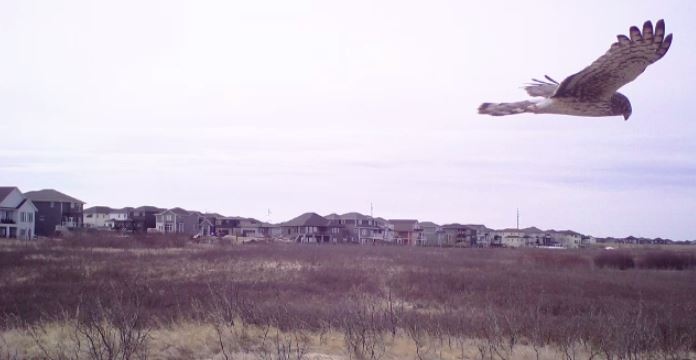 “There is a lot of wildlife moving around the city,” Grilz said. “we’re seeing more moose and deer than we thought we would.”

Grilz said there have been instances where deer, at night when movement has settled, roam right downtown walking as if they were in their natural habitat. 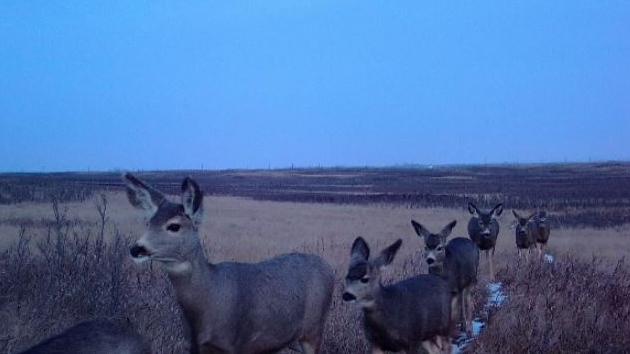 Harris’ work will continue for a two-year period as she completes her Master’s, but the goal is to keep the expanded trail-camera system intact for 30 years to learn how wildlife adapts as the city grows, as well as to see what different species move in and out over time.

“I’m hoping this is a long term study and we’ll be able to look back at trends over time and compare how the continual city growth has impacted biodiversity in these specific areas,” Harris said.

“They are everywhere all the time, they’re out there.”