'The right thing to do': 2 popular Saskatoon street fairs cancelled due to COVID-19 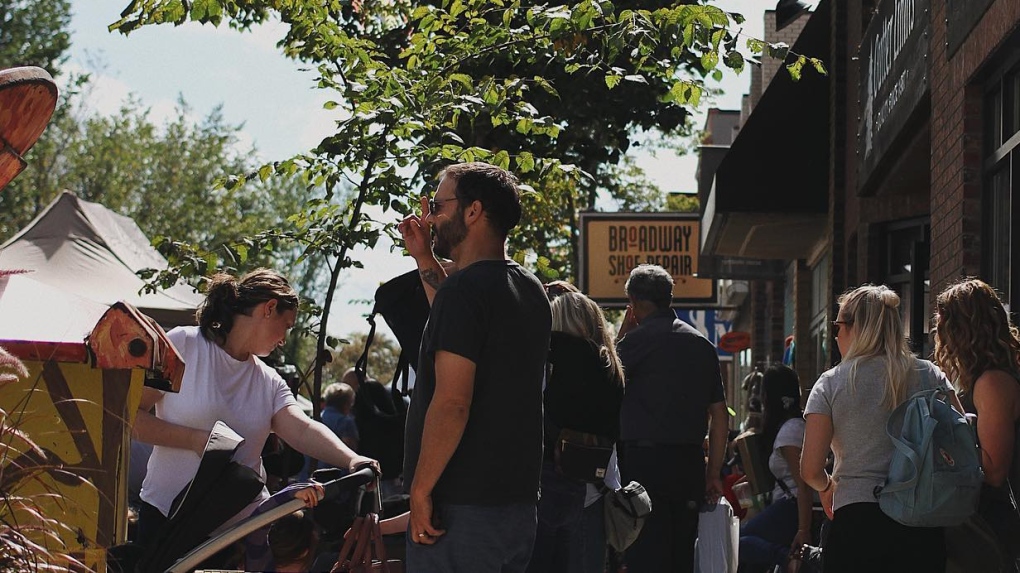 An image of the annual Broadway Street Fair posted on the Broadway BID Facebook page.

SASKATOON -- The 33rd Street Business Improvement District announced Wednesday that it has cancelled its annual street fair scheduled to take place next month because of the COVID-19 pandemic.

Executive director Dan Matthews said he doesn’t want to add any extra work to businesses in the area.

“Because we’re a small district with limited resources, the street fair requires a lot of volunteer effort from our business owners to make it happen,” Matthews said in a statement on 33rd Street BID’s website and Facebook page.

He also cited health and safety concerns as another reason for cancelling the street fair.

“The risk to our visitors, business owners, and volunteers is just too great. Next year we’ll bring the fair back bigger and better than ever,” Matthews said.

In the meantime, Matthews said the BID will be focusing its efforts on supporting the recovery of its business community and attracting local customers to the area.

The Broadway Business Improvement District also announced Wednesday that it is cancelling its annual street fair, which was scheduled to take place Sept. 12, for similar reasons.

The community organization took to Facebook, saying, “while this is our favourite event of the year, we that this is the right thing to do to ensure the continued health of visitors to our district.”

The Broadway BID said next year’s street festival will be taking place on Sept. 11, 2021.