The call for action comes after several cabins were flooded in last week’s storm.

At Wade Schmidt’s cabin, about three feet of water surrounded his property. 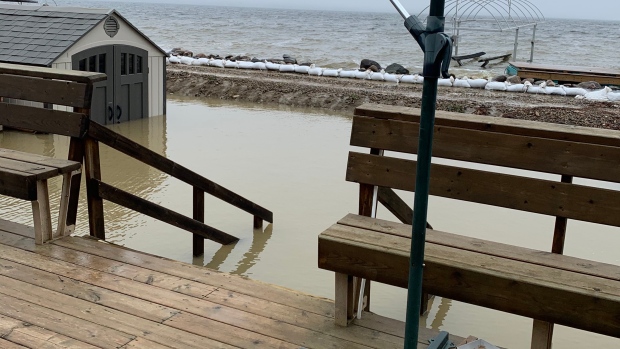 “The water was coming over top of this berm. The waves were so high,” Schmidt told CTV News.

A berm was installed at Meeting Lake in 2014 to prevent the water from reaching the cabins, according to the Saskatchewan Water Security Agency.

This year, the berm is being raised as the water continues to rise.

“I’m afraid [the berm] is going to come over or break, and then all the cabins will be flooded,” Schmidt said.

“If you look, the lake is higher than the cabins.” 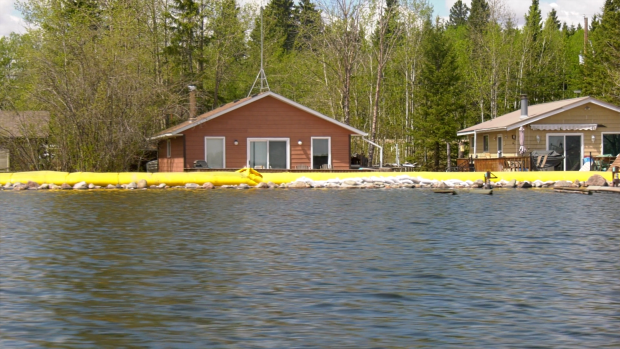 Schmidt said about eight years ago his cabin had a beach area - now the lake is much closer.

He wants the province to construct an outlet to permanently control the water level.

Schmidt said he’s been given “the runaround” by officials when discussing a control gate.

Patrick Boyle, a spokesperson for the Saskatchewan Water Security Agency, said the berm is a temporary solution, but constructing an outlet is a large and lengthy project.

“It’s a bit of a difficult area ... it’s a rather flat area that makes it really difficult to push water out of the lake artificially. We’d have to find somewhere for the water to go. It appears you’d have to dig a 27 kilometre ditch, outlet or channel,” Boyle said.

Constructing a control gate isn’t off the table, he said.

“We are going to do some feasibility on the outlet to see what is an option and what is possible.”