'The craving, it lasts a long time': As crystal meth use grows, what are the answers?

SASKATOON -- Arlene Bird can trace her sobriety to a solitary road trip about 12 years ago.

She was driving a red Camaro back to Montreal Lake from Saskatoon, where she had picked up some crystal meth. The man she used to go with had been arrested and she realized she was all alone. Something changed, she said.

“I was driving home one day, smoking it all by myself in the vehicle and thought, ‘this is not for me no more.’ I just thought about that.”

As crystal meth use increases in Saskatchewan, CTV News is looking at how it affects users, how police try to get it off the streets and what can be done to help people stop using a drug for which there is no medical treatment to aid quitting.

'My eyes got really big'

Bird had been using cocaine before turning to crystal meth. She started due to peer pressure, seeing her friends do it and hanging around with the wrong crowd, she said.

Fourteen years ago she asked about a new drug - crystal meth - and was told it was a good high that lasted longer than cocaine.

“My eyes got really big. Anything I looked at was clear and it made everything better, I guess. Like I was on top of the world. I felt like a better person than a person that had never done it

before. I wasn’t dizzy, I was more energetic for sure. I talked a lot faster.”

As her meth use continued, Bird said she began doing things she wouldn’t normally do, like picking at her fingers constantly to make sure there was no trace of dirt.

“Some people call it tweaking - I was tweaking too.”

After a while, Bird said she didn’t even think about eating or drinking 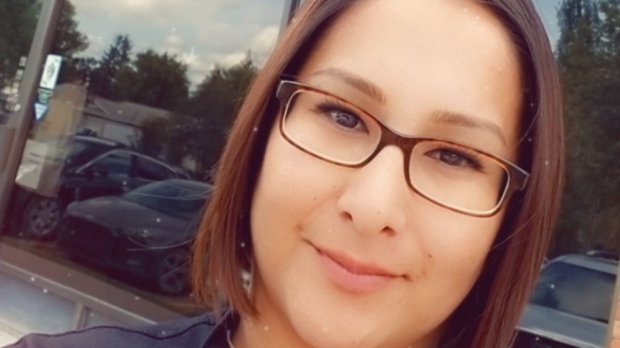 Over the next two years Bird became distant from friends and family. She stole. She stopped going out in public, and stopped doing her hair or putting on makeup.

Her eyes turned black and her cheekbones sank. She lost her job at a store because she wasn’t presenting herself properly.

“I didn’t want to go back because I wanted to smoke more and I wanted to exclude myself from the public,” she said.

When Bird was using, crystal meth was a new drug in Montreal Lake, with perhaps five per cent of people using it, she said. Today, she estimates that figure may be closer to 60 or 70 per cent.

Taking down the dealers

Police services across Saskatchewan are increasingly focused on stopping those dealers, who head out on the highway or just down the block to sell their product.

While meth has been produced in small labs in Saskatoon, it’s typically imported from Edmonton and to a lesser extent Calgary and British Columbia, said Saskatoon Police Services Supt. David Haye, who oversees criminal investigation divisions.

“What we were told 20 years ago when meth first came into Saskatoon was that it would hit the community in waves. So we’ve seen a couple waves of crystal meth use - we’re in the middle of another wave. Whether this wave will die down or stay at the same level we don't know. It all depends on how much effort we can put into suppressing the activity by catching the people who are transporting it into our communities,” he said.

In 2014, Saskatoon police laid 86 charges of meth possession. That number rose to 408 last year. From January to September of 2019, police have laid 310 charges.

“We’re always working with confidential informants, different avenues of identifying people who are responsible for the trafficking and importing it into the community, and then we just follow it up, it’s just basic police work.”

The increase in meth use and trafficking charges is due to its availability and low cost, Haye said. 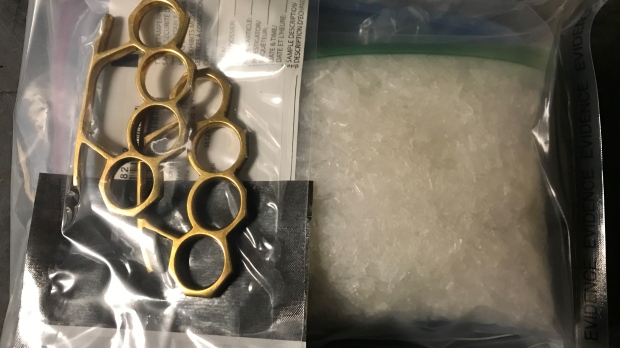 The Canadian Association of Chiefs of Police is asking the federal government to prohibit the import of chemicals used solely in the production of crystal meth, he said.

Property crime in the city is driven by people addicted to drugs, primarily crystal meth, he said.

“When people are addicted to crystal meth they go through a stage where they’re constantly trying to feed their addiction and lots of people don’t have any other income so they have to resort to crime. And the easiest crimes for these people to commit are thefts from vehicles, break and enters to residences or parking garages or even a shed.”

People who use meth can also enter what’s called a meth psychosis, potentially making them violent toward police or the public, he said.

Specially trained members of mental health teams can help officers deal with those people and all officers have training in de escalation techniques, though sometimes they have to use Tasers, he said.

It wasn’t a straight road to sobriety for Arlene Bird after her epiphany in the red Camaro.

“The withdrawal - the sweating, the throwing up - probably lasts about two weeks. Just to get into a mental state to think clearly probably takes two weeks as well.”

She turned to alcohol and cocaine to get off meth, but the cravings for meth stuck around for five years.

“The craving, it lasts a long time.”

Her cocaine use stopped years ago. She also met a man, a single parent to two kids, who was also struggling with addiction. A relationship developed and they sobered up together.

Bird went to university for her Bachelor of Education and now teaches Grade 3.

“I kind of just healed - I shouldn't say that, I’m not a superhero. For sure I had family that supported me.” 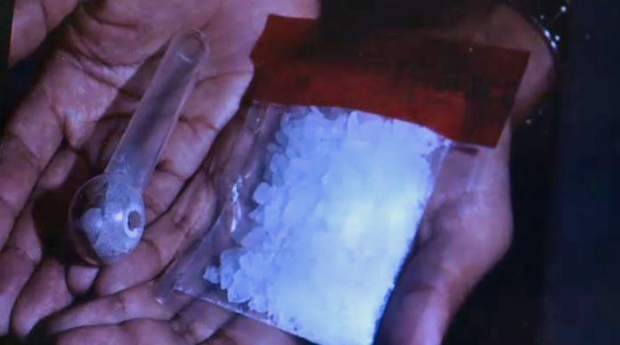 Unlike some stimulants like cocaine, as an amphetamine, crystal meth has long acting effects on the brain, said addiction specialist Dr. Peter Butt, associate professor in the Department of Family Medicine with the University of Saskatchewan and the Saskatchewan Health Authority.

“Rapid onset, rapid falling off, but then it lingers because of the impact on the brain for a longer period of time. What you get are people who are highly stimulated, they may have a more rapid pulse, they may be agitated, they may be stimulated to the point where they develop delusions and hallucinations and become paranoid.

It can be so stimulating that it leads to heart attacks or stroke, blindness or other neurological problems, Butt said.

For most drugs, 10 per cent of people might have a lifetime risk of developing a substance use disorder - the clinical name for addiction - over a long period of time.

But for meth, 10 per cent of people risk becoming addicted much earlier, even as soon as their first exposure, according to Butt .

“It creates a very sudden surge in the release of dopamine - essentially the pleasure neurotransmitter - and so some people can get hooked quite early on in their use, as opposed to people who might acquire a problem with a substance over a longer period of time.” 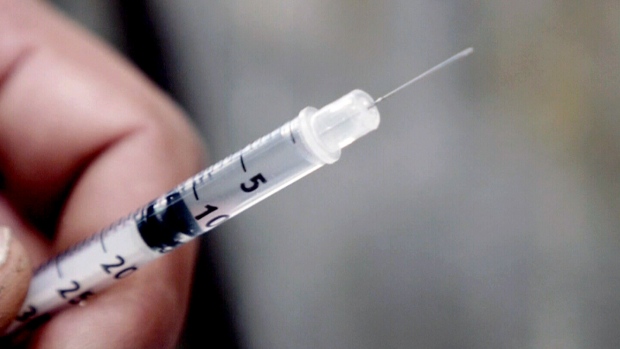 As users spend their money on the drug rather than themselves or their families, they experience deteriorating health, weight loss and skin picking leading to sores and scabs. Smoking meth leads to tooth damage, while injection can lead to HIV or Hepatitis C infection if needles are shared.

Unlike opioid addiction, no pharmacological treatment for meth addiction exists. Instead, health care providers must double down on detox, rehab and counselling.

Support in the form of stable housing is also important, which is why the health ministry is planning for pre and post-treatment beds, Butt said.

If people go to the same places they were couch surfing before, there’s a high risk of relapse, he said. Most people require one to two years of support of some sort in order to be successful.

“People can do well within the cocoon of a residential treatment centre - however the question is, how are they going to translate that knowledge and that different way of relating to other people and coping with the stressors in their environment without relapse? Without significant ongoing support, relapse rates are very high. People need more.”

Three months sobriety is considered early remission. Sustained remission is one year. However, people typically only get seven to 10 days in detox and 28 days in rehab, stints which may not be consecutive, according to Butt.

“We don’t have this kind of patchwork approach to cancer care - so why do we have it for substance use disorder?”

When Arelene Bird was in the grip of crystal meth addiction, there was little support available.

“When I was on it, you didn’t think anybody cared. Deep down inside I know now people did care about me and my feelings and my future, so with these people that are addicts on crystal meth, they don’t know that people care."

In Montreal Lake, multiple agencies are working on a five-year crystal meth reduction plan, she said.

"Just being there and giving them the option of trying to quit and trying to help them quit and support them in that way.”