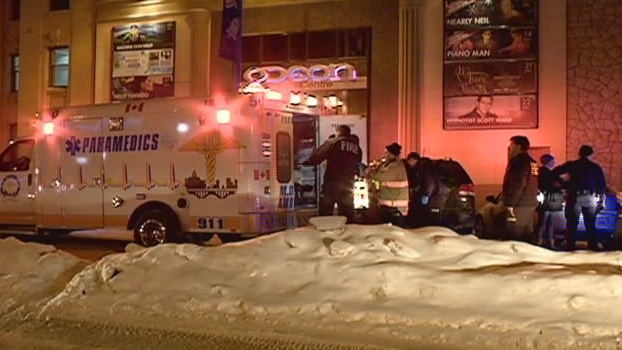 A stabbing at a Saskatoon nightclub Sunday night sent an 18-year-old man to hospital.

The incident took place at the Odeon Events Centre during a concert by rap artist Machine Gun Kelly.

Police were initially called to the scene after reports of 10 or more people fighting on the street outside the club but once they arrived it was determined that someone inside had been stabbed. The man was taken to hospital, with police reporting Monday morning that he is in stable condition.

Also on Sunday, 23-year-old man was taken to hospital after a stabbing on Adilman Drive in the city's north end.

A 20-year-old man was arrested at the scene and has been charged with aggravated assault.

Police say the two men knew each other and the investigation is ongoing.