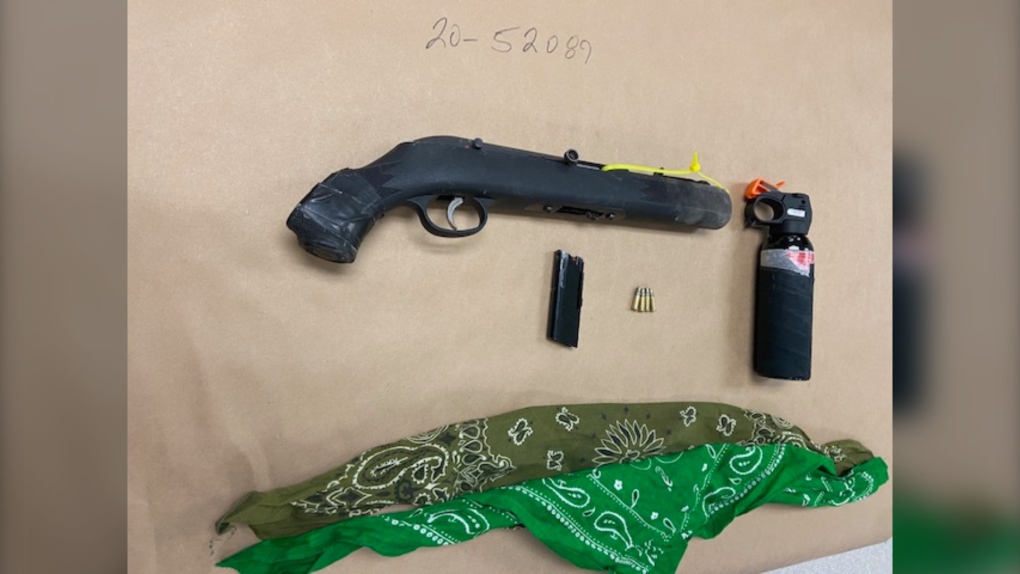 Patrol officers responded to a report of a group arguing outside a home in the 400 block of Hilliard Street after a gun was seen, according to a news release.

During a short chase, a male pointed a gun at an officer, who took cover and eventually detained three people as other officers arrived to help, the release says.

A sawed-off rifle, ammunition and bear spray were seized.

Most of the boy’s charges relate to the possession of the gun and ammunition.

A 24-year-old man is facing two charges relating to possession of bear spray.

Based on information initiially provided by police and later corrected, a previous version of this story said that a sawed-off shotgun was seized.