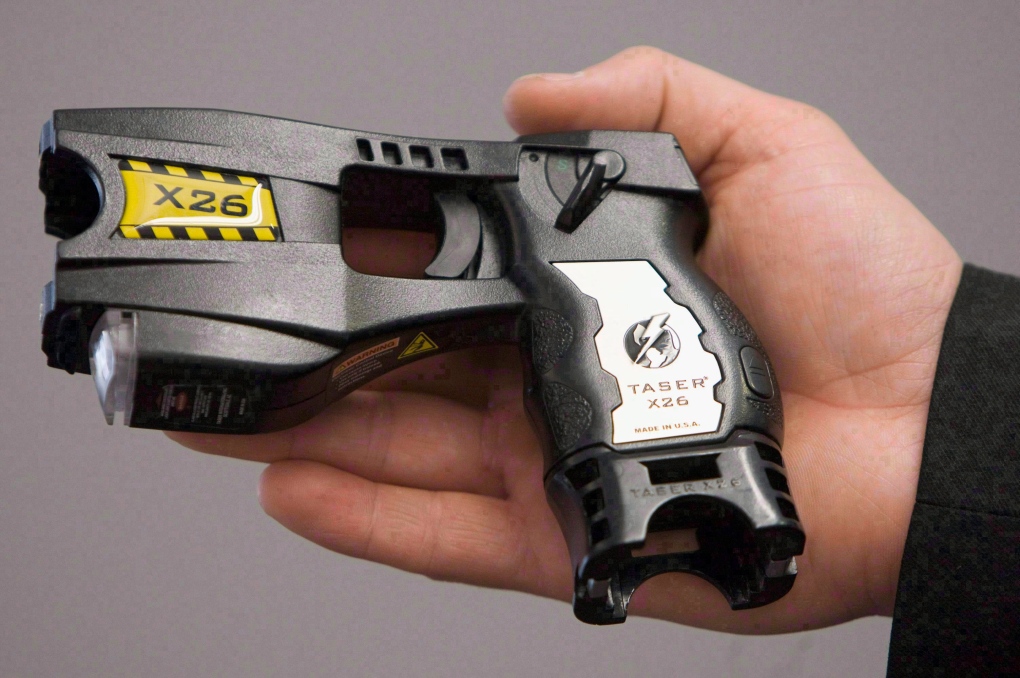 A police-issued Taser gun is displayed at the Victoria police station in this 2008 file photo. (Jonathan Hayward / THE CANADIAN PRESS)

SASKATOON -- A 39-year-old man was arrested late Thursday evening after assaulting a pair of Saskatoon police officers at a home in the 400 block of Avenue I South.

Police were called to the house for a complaint of domestic assault. The man fled on food when police arrived, and a K9 track was started. The man returned home, and locked himself inside.

Police entered the house, and found the man hiding in the basement. The man assaulted the two officers, and a Conducted Energy Weapon (CEW) was used to subdue him. He was arrested and taken into custody. The police officers suffered minor injuries.

The man is facing charges of Domestic Assault, Escape Lawful Custody, and two counts of Assaulting a Police Officer. He will appear in court Friday.

The use of the CEW will be reviewed following the incident.