T-shirts for a cause: How SaskMusic is helping music venues in this tough time 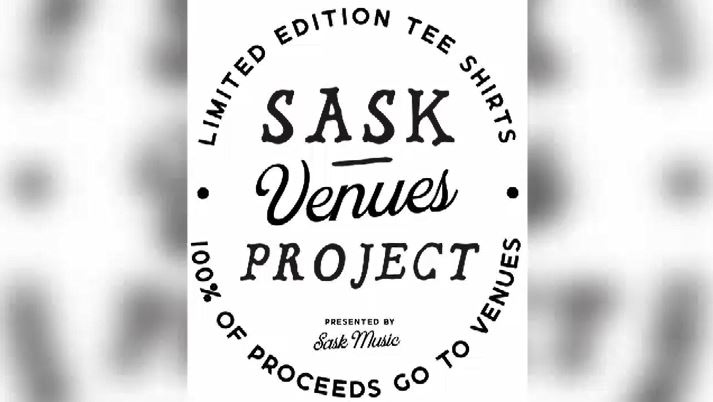 SASKATOON -- As many venues got the greenlight to open back up, they realized there would have to be fewer patrons through their doors, creating difficult situations for many, according to Lorena Kelly, Communications and Operations manager at SaskMusic.

SaskMusic decided to step in and create the Sask Venues Project, a fundraiser using unique t-shirts.

"We approached 13 venues initially and matched them with 13 different graphic designers to come up with a unique, exclusive t-shirt design," Kelly explained.

100 per cent of proceeds of the shirts go towards helping the venue, something Kelly says many are in need of right now.

"Some of them are looking at not re-opening for up to a year, and at this point we’re really worried that a great number of them won’t survive through this. It’s crucially important that we can help them get through just the interim right now."

One of the graphic designers is Kelsey Chabot, who designed the shirt for The Lyric, a venue in Swift Current. She said she appreciates being a part of a project like this, and is enjoying doing more work with musicians.

"A huge part of my freelance practice is designing merchandise and album art and posters for local musicians” Chabot told CTV. “I’ve been kind of working on the fringes of the community for a few years now."

Chabot, much like Kelly and SaskMusic, believes artists around the province need the extra support.

Kelly said so far they have 13 different shirts, which will be available here until August 6th, and says they have plans to include other venues with their next batch of shirts.