SUV, shed, gazebo just some of the casualties of intense Saskatoon windstorm

SASKATOON -- The first major windstorm of the season has caused widespread power outages in Saskatoon and has left city crews busy cleaning up the destruction left behind Monday.

It started as a thunderstorm watch for parts of western Saskatchewan Sunday afternoon and turned into a strong windstorm with winds reaching 99 km/h overnight.

Neil Meikle who lives on East Drive in the Eastview neighbourhood woke up to his neighbour’s shed in his yard. 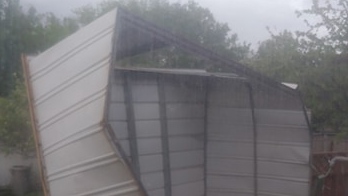 There has also been reports of a gazebo being tossed from someone’s backyard into the street in the Stonebridge area.

A tree also fell on an SUV in the 2100 block of Lorne Avenue.

On 33rd Street and Avenue P, a large tree was blown over obstructing traffic. That area has since been cleaned up.

City of Saskatoon Light and Power reported that various homes and intersections had been without power including Lakeview, Lakeridge and surrounding area.

There is one major outage on the west side of the city, leaving 700 customers without power. 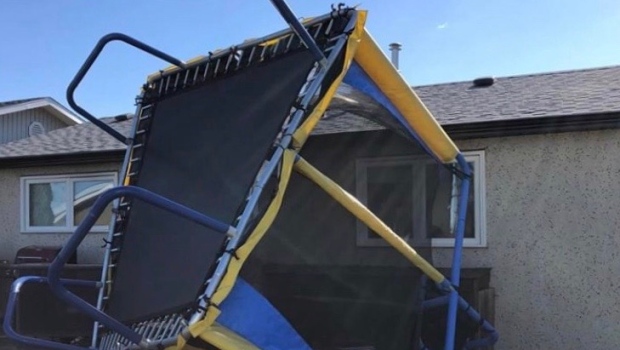 SaskPower told CTV News that they’ve had numerous calls about the power lines in back alleys being struck by trees.

It reported a tree branch falling on a power line in Riverside Estates south of the city, causing a power outage in the area until 10 a.m. Monday.

We're currently experiencing a high number of calls to our Outage Centre causing extra-long wait times. Please continue to call 310-2220 to report your outage. We appreciate your patience as our Outage Centre handles the calls as quickly as we can. #SkOutage

Terri Lang with Environment and Climate Change Canada told CTV News the wind speed of 99 km/h is not a record as winds have reached up to 150 km/h in our region before.

However, she said high winds like what was experienced Sunday night are usually associated with thunderstorms, but this one was the result of “an epic battle between cold air from the north and warm temperatures in the south.”

There is a wind warning issued for today, but Lang expects it to die down as the day progresses.