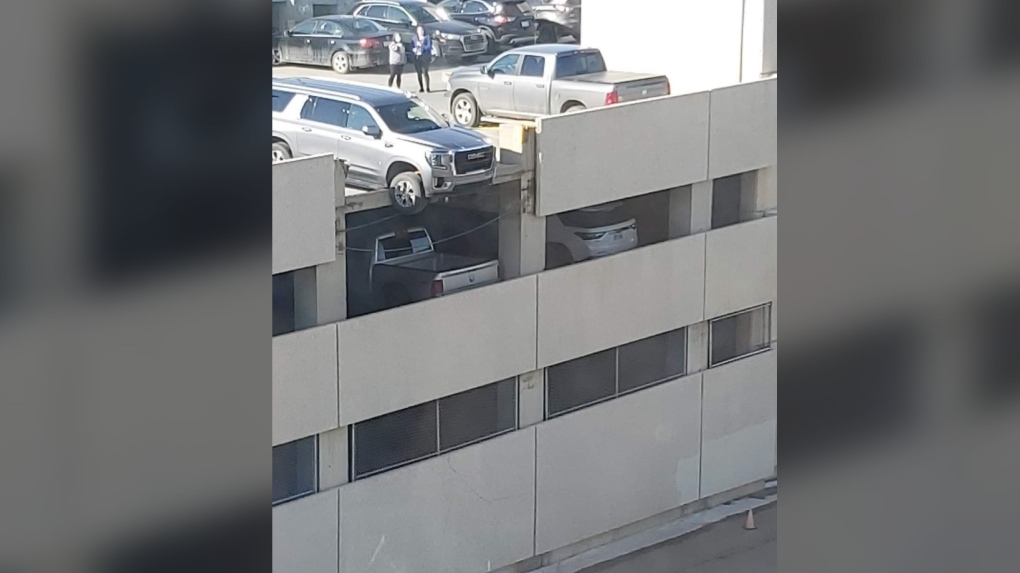 An SUV broke through a concrete barrier on the fourth level of the McIntosh Mall in Prince Albert. (Submitted photo)

PRINCE ALBERT -- An incident in Prince Albert left an SUV dangling off the edge of a fourth story parkade.

It happened at the parkade attached to the McIntosh Mall around 8 a.m. Wednesday.

The SUV was driven through the wall sending concrete crashing to the ground.

The driver of the SUV was not seriously injured, according to the executive director of Northern Property Management Kelly Moore.

She says no property or people were below at the time of the crash.

Kelly said an engineer is scheduled to inspect the parkade and the fourth level will remain closed until it's repaired.