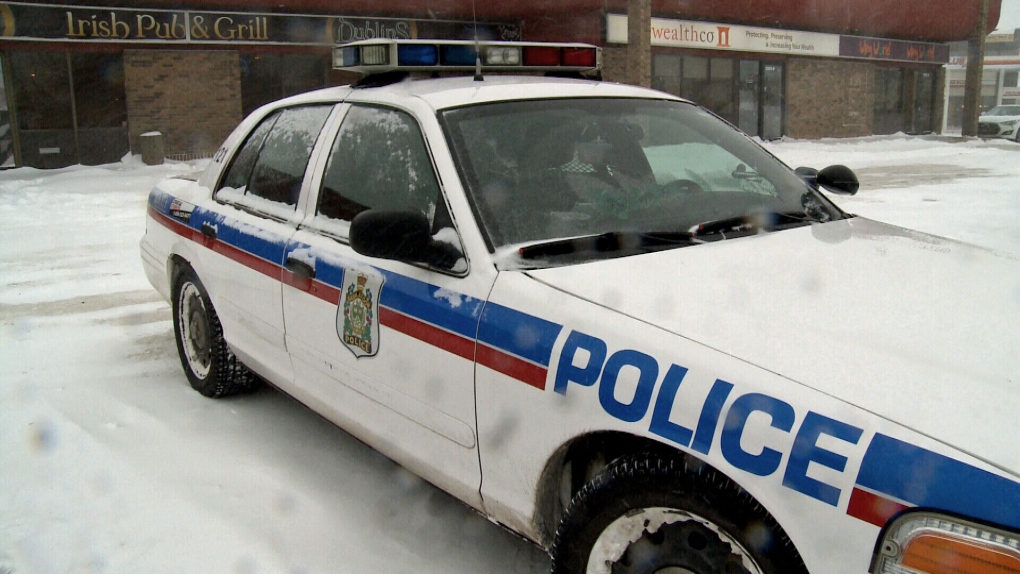 A Saskatoon police cruiser sits outside a pub on Fairlight Drive Friday, Nov. 28, 2014, following a report of a break and enter.

Suspects looking to rob a Saskatoon pub flexed enough muscle to break through a wall but not enough to steal the bar’s 700-pound safe.

Police were called to the business on the 3300 block of Fairlight Drive just after 9 a.m. Friday. The bar had been unlawfully entered overnight, police said.

An unknown number of suspects entered the pub by breaking though the wall of an adjoining business.

The bar’s safe was still inside the pub, but it had been moved, police said. Investigators believe the suspects were attempting to steal the safe.

A police spokesperson was unsure if the suspects managed to steal anything from the safe.