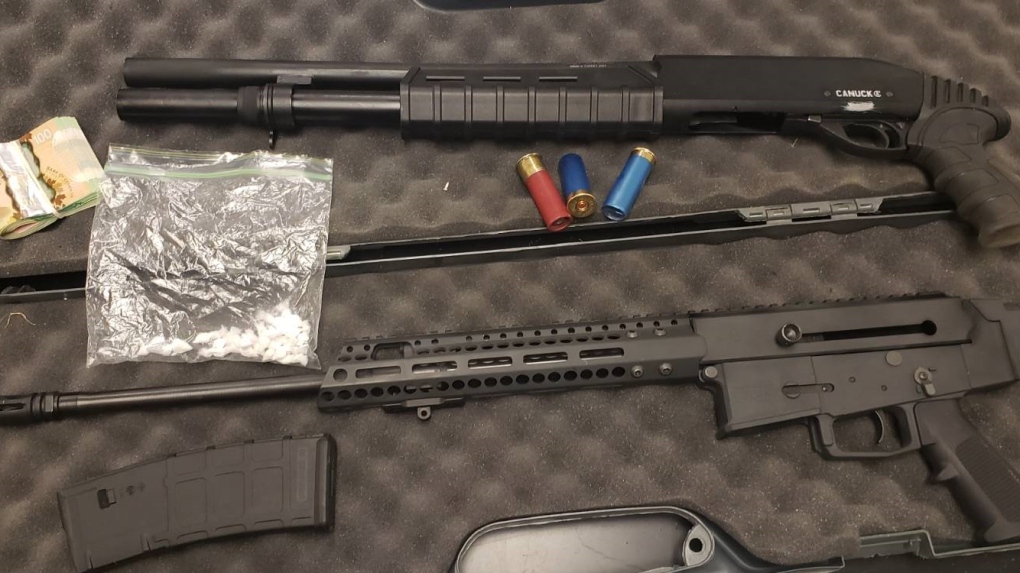 SASKATOON -- Two people were arrested outside Saskatoon on Tuesday after allegedly running from a traffic stop.

Guns and gangs unit investigators had observed them involved in apparent drug trafficking and making frequent stops around Saskatoon in a 2019 Jeep Cherokee, police said in a news release.

Police attempted to conduct a traffic stop near Circle Drive and Valley Road but the driver refused to stop and sped away, police say.

The air support unit observed the suspects traveling down various grid roads south of the city, discarding a loaded shotgun and rifle from the vehicle which were later seized, according to police.

The suspects abandoned the vehicle in Vanscoy and tried to hide in a backyard, but the police plane guided ground units to the suspects’ location where they were taken into custody without further incident, police say

The pair were found in possession of cash, cell phones and prepackaged cocaine, police say.