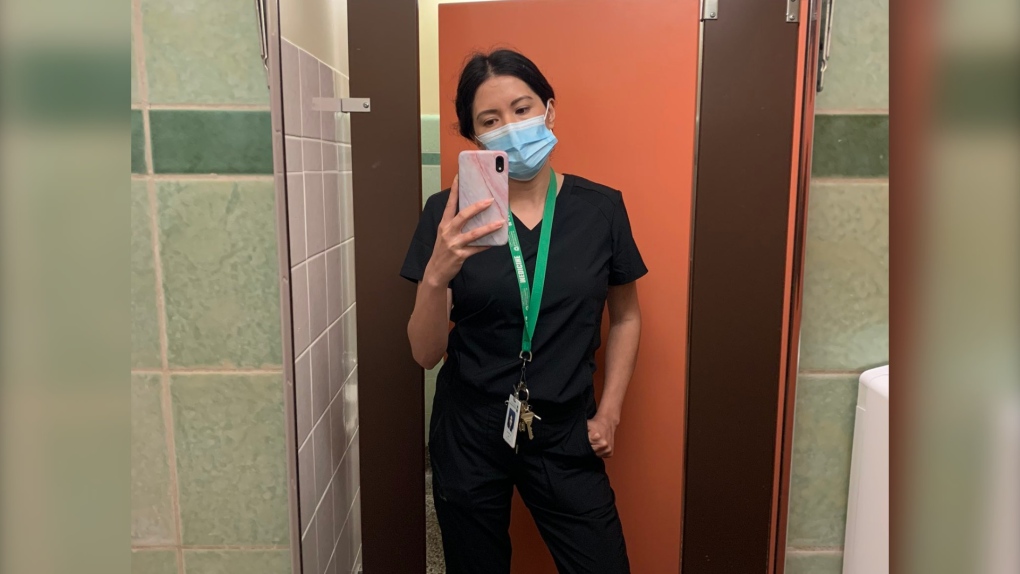 A photo shared by Tamara Hinz after a two week rotation she described as "exhausting." (Twitter/Tamara Hinz)

PRINCE ALBERT -- A child psychiatrist says the lack of a dedicated child and youth mental health unit in Prince Albert is straining resources in Saskatoon.

Dr. Tamara Hinz, who works a two-week rotation in the child and youth mental health unit in Saskatoon and the Dube Centre, took to Twitter on Tuesday to detail the impact that the closure in Prince Albert has had on herself and the child psychiatric staff in Saskatoon.

“I was just really struck by how busy and more complex that has made the work in Saskatoon. And feeling a bit stressed and frustrated at times regarding some of the additional complicating factors that it’s brought about.” Hinz told CTV News.

“In the last two weeks, since I’ve been working at the Dube Centre over half of the kids are from Prince Albert or the north. It’s made our bed capacity a much more significant issue. And at times it’s been hard to find beds for all the kids that need care.” Hinz said.

In a statement to CTV, Brett Enns, Executive Director Primary Care, Integrated Northern Health said if inpatient admission is required, those patients are being cared for in Saskatoon. Victoria Hospital’s Emergency Department continues to see child and youth mental health patients for immediate care and assessment.

The NDP cited CIHI data showing Saskatchewan’s mental health hospitalization rate for children and youth is the second-highest of all the provinces.

--With files from Jonathan Charlton