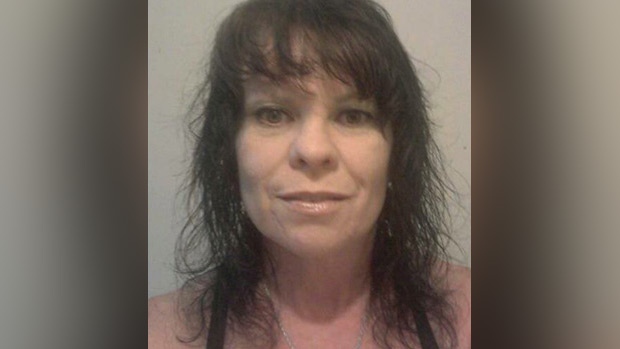 Catherine McKay is seen in this undated file photo.

MAPLE CREEK -- A Saskatchewan woman who drove drunk and killed a family of four in a highway crash has been granted day parole.

Catherine McKay was serving a prison sentence of just over nine years at the Okimaw Ohci Healing Lodge after pleading guilty to impaired driving causing death.

The board granted McKay six months of day parole at a community correctional centre or community residential facility when bed space is available.

"Four lives were lost, two generations were wiped out. These losses have had a devastating, everlasting impact on the victims' families, friends, colleagues and the greater community," said the decision by the Parole Board of Canada released to The Canadian Press on Thursday.

It said 53-year-old McKay has not made excuses and has consistently worked to deal with her personal trauma and substance abuse through counselling and programming.

"You are a low risk to reoffend in a similar manner," the decision read. "You have demonstrated motivation to engage in change and have a genuine desire to maintain your sobriety."

In January 2016, McKay had a blood-alcohol level three times the legal limit when she went through a stop sign just north of Saskatoon and crashed into a vehicle carrying a young couple and their two children.

Jordan Van de Vorst and his wife, Chanda, died in the crash. Their kids, five-year-old Kamryn and two-year-old Miguire, died in hospital.

Jordan Van de Vorst's parents, Lou and Linda Van de Vorst, have become tireless advocates against impaired driving. They said preparing for the parole board's review was another tough step in a justice system that will never be able to make up for the loss of their children and grandchildren.

"Our life will never be the same," Linda Van de Vorst said Thursday. "Catherine McKay came into our life like a cyclone."

The couple said they feel strongly McKay shouldn't get full parole at this stage but anticipated she would get day parole.

Lou Van de Vorst said he feels McKay should be in prison for much longer, but he understands she needs to become a contributing member of society.

He said he hopes she succeeds on day parole because that would mean he wouldn't have to hear her name again.

The board said in its decision that McKay had a good upbringing, but was sexually abused by an acquaintance of her family for several years.

As a teen, she began using drugs and alcohol. In 2015, she suffered a concussion and lived with chronic pain.

In the months leading up to the crash, the board said, McKay admitted to drinking to cope with pain, anxiety and panic attacks.

The day of the crash, McKay recalled meeting up with a man and intending to only have one drink.

"You said if you could go back to that day to change one thing, you would not have been drinking at all," the board said.

While at the healing lodge, McKay has looked to elders for help, the board noted. She participated in an Indigenous sundance ceremony, in which she fasted and earned the spirit name "Sky Woman."

"You said you had an 'incredible spiritual awakening' and then described the four days where you stood and prayed into a tree and danced to the tree and could feel a power greater than yourself."

McKay plans to rely on Alcoholics Anonymous for help and said she feels repulsed by the thought of drinking, said the board.

"When asked about how you would deal with the community reaction, you said it is none of your business what somebody else thinks of you," the decision said.

"You shared you are not hiding who you are."

This report by The Canadian Press was first published April 2, 2020.