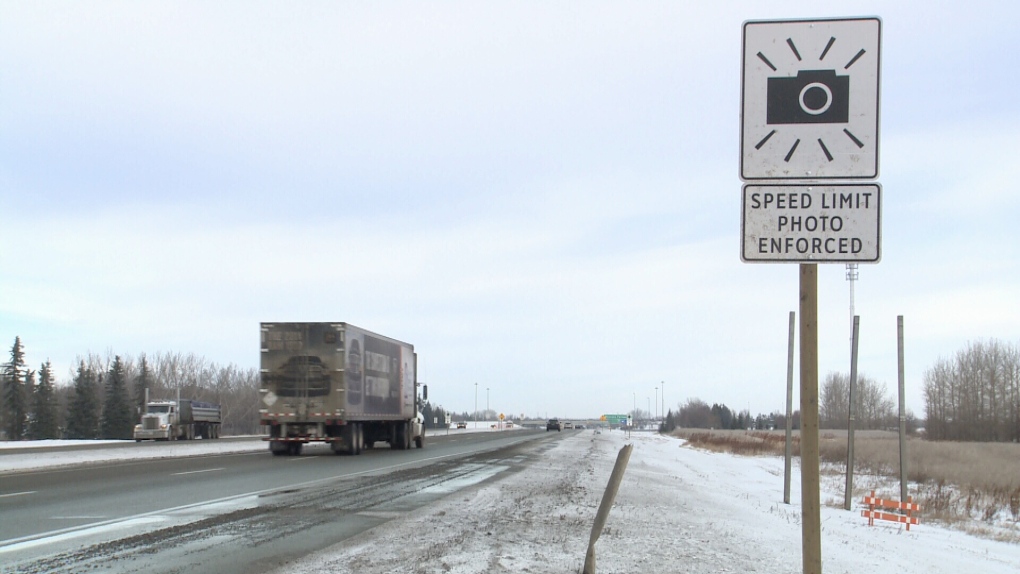 A sign for a photo radar station is shown in this file photo.

REGINA -- A speed camera is set to be installed at the intersection of Highway 41 and Highway 2 at Wakaw, following persistent problems with speed at the location.

Forty-two per cent of vehicles travelling through the intersection exceeded the posted speed limit, and more than six per cent of those were more than 10 kilometres per hour over the limit, SGI said in a news release.

Thirty-one crashes happened at or near the intersection from 2011-2017, resulting in three deaths and 45 injuries, SGI says.

“Based on our experience at other high-speed locations, we expect the presence of photo speed enforcement (PSE) to calm traffic and improve safety at this intersection, reducing the number of speed-related collisions,” Joe Hargrave, minister responsible for SGI, said in the release.

“Our goal with PSE is zero tickets and zero crashes.”

The camera is expected to be installed by the end of January. Once operational, there will be a three month period of warnings, and then ticketing will begin.