Excerpts from a training workbook, titled "The Child Training Seminar," are referenced in a legal claim filed on behalf of two former students seeking $25 million in damages.

In addition to the legal action, a Saskatoon police investigation relating to the historical allegations of former students has been turned over to a Crown prosecutor.

The workbook contains multiple references to the practice of paddling, which former students allege was a routine form of discipline at Saskatoon Christian Centre Academy — now called Legacy Christian Academy.

The training manual was authored by Keith Johnson, the former pastor of Saskatoon Christian Centre, the church which operated the school. It has since changed its name to Mile Two Church.

Efforts to contact Johnson have proved unsuccessful. The church declined CTV News' request for an interview regarding the handbook.

The workbook contains blanks in many paragraphs intended to be completed by participants following along throughout a training session.

In the workbook, Johnson writes that "an entire generation" of young people has been raised based on guidance from child psychologists who discouraged the practice of spanking.

The completed seminar workbook obtained by CTV News names "the devil" as the influence behind such ideas. 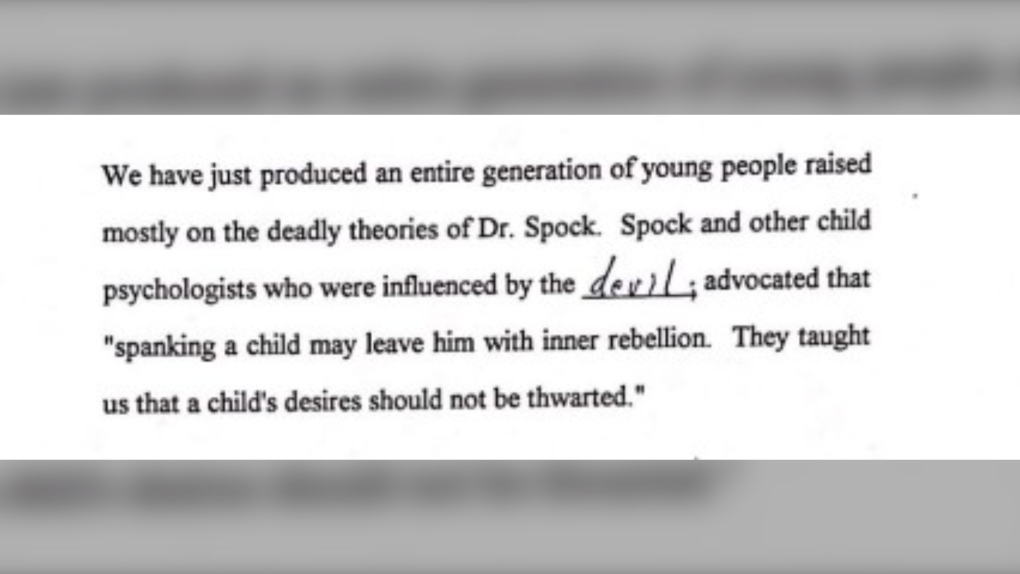 "Sometimes spanking will leave marks on the child," the completed workbook says.

"If some liberal were to hear this, they'd immediately charge us with advocating child beating," it says.

In 2004, the Supreme Court of Canada outlawed corporal punishment in schools. While parents are permitted to physically discipline their children in limited circumstances, the federal government discourages the practice.

The completed workbook says that spanking should be a consistent "ritual."

"Have him bend over and apply the paddle firmly," the completed workbook says.

"Don't permit any wiggling around or jumping around. Don't allow any pre-discipline howling and snivelling. Don't let his crying and begging diminish the degree of severity of punishment."

Following a paddling, the completed workbook recommends praying and offering closing remarks of assurance and love.

"There's a very strong focus on coercive control over children and really liberal use of excessive physical force in the form of corporal punishment," Dr. Tamara Hinz said.

"Physical punishment actually ends up in the long run — as well in the short and long term — producing much more harm than any benefits it purports to gain," she said. 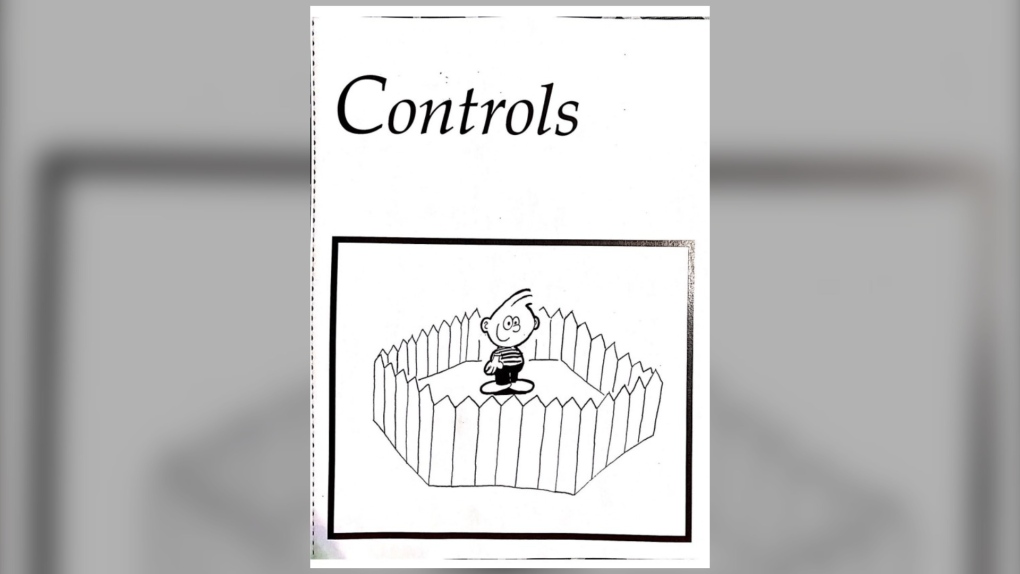 Hinz said she was particularly troubled by a section of the manual that advocates physical punishment to treat symptoms of ADHD.

"When I was a child, I often wanted to run through the house, jump on the furniture, yell at my parents and be ill-mannered at the table. But my dad hadn't been trained in the handling of hyperactive children. At such times, how I would have loved some medication," Johnson writes.

"But my dad didn't know he was supposed to give me medication!"

The completed workbook instead says Johnson received a spanking.

"I wasn't nearly as hyperactive after he got through with me. We apply the same standards of response to hyperactive children in our Christian school and the problem isn't a problem for long."

According to the statement of claim working its way through the courts, students could allegedly be paddled for reasons such as showing disrespect to staff, being caught within six inches of a student of the opposite sex, talking negatively about the church or for not crying during the administration of corporal punishment.

A former student previously told CTV News that she and several members of the school's volleyball team were paddled for whispering during a church service. Another said he was paddled following a "gay exorcism."

Nick Hutchison, a former student, said the workbook was sold in the lobby of the church, along with paddles.

"It was just outlining in very graphic detail, how to discipline your children, how essentially to break their will so that they would follow exactly what was mandated by the church, using spanking as the method," Hutchison said.

Hinz said she worries the handbook, which appears to be tailored for parents, may have had far-reaching effects.

"To know that so many parents are in vulnerable families who are looking to a trusted authority figure for guidance and parenting instructions have been following this as sort of the rule of law," Hinz said.

"I think there just must be untold children out there who have been physically abused and shamed and controlled because of this manual."

In light of the allegations, Saskatchewan's education ministry announced the school would be placed under the oversight of an administrator during the upcoming school year.

Two other schools where former Legacy Christian Academy employees who are named in the proposed class action lawsuit will also be placed under added ministry oversight.