One of the only memories Theron Morin has with his mom is speaking Cree with her.

When she was allegedly murdered in 1991 – when he was just five years old – he and his siblings got split up in the foster care system, and he lost his traditional language as he reached his school years.

That caused him to hold on to that one memory even tighter.

“That’s my biggest thing. I wish I would have got to know her when I was older,” said Morin.

“She was 28 when she passed away and it’s been 30 years, so the investigation’s been going on longer than she’d been alive. And I’m 35 now,” he said. “It’s very unfortunate to live past your mother.”

It’s been 30 years since police located Jean LaChance’s body in a field near Prince Albert’s Victoria Hospital. She was the victim of a homicide, according to Prince Albert police, but no one has been charged in her death. 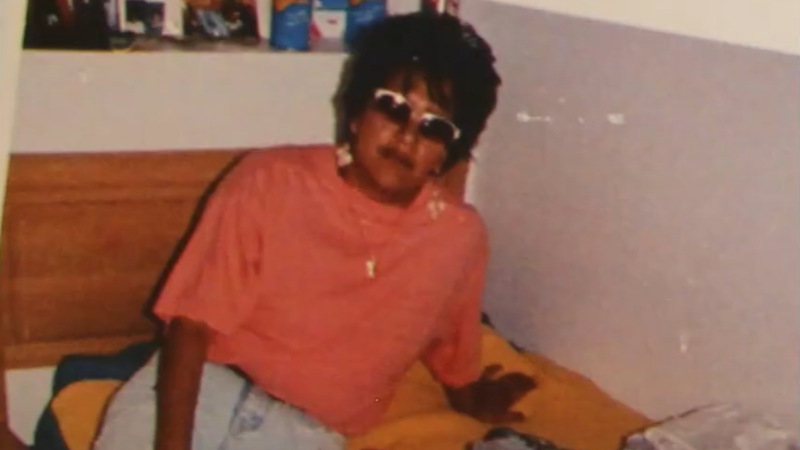 “If they would come out and confess or whatever, I would be willing to forgive them. I mean, that’s a lot of guilt to hold on to for all those years,” said Morin.

“That’s just how I was taught and how I think my mom would have wanted me to handle the situation.”

But that wasn’t always his reaction, knowing there’s someone out there who knows what happened.

“When I was younger, yeah, I was angry. I wanted revenge, but the older I got, the more I just realized that there has to be forgiveness there,” he said.

Morin said he talks with his siblings about their mom a lot more when September rolls around – hoping there have been new leads, and that someday, they’ll know the truth.

“It’s something we never forget.”

'30 YEARS AGO, THERE WAS NO NATIONAL INQUIRY'

Darlene Rose Okemaysim-Sicotte is the co-chair of the Saskatoon-based group Iskwewuk E-wichiwitochik, meaning Women Walking Together.

The group formed in 2005, after calling on the federal government for an inquiry into Missing and Murdered Indigenous Women and Girls (MMIWG).

During a pre-inquiry meeting in 2016, Okemaysim-Sicotte heard from LaChance’s daughter during a round circle with two federal ministers.

“That was the first time she actually was very public about it. I think it was really brave of her to be able to look right into ministers’ faces and tell them, with a lot of tears, what she experienced and what that loss meant to her,” she said.

Okemaysim-Sicotte said there’s been a lot of progress for MMIWG in the past three decades – and had LaChance’s homicide occurred today, there likely would have been a faster response to learn what happened to her.

“I think that’s the big underlying factor in this case, is that 30 years ago, there was no national inquiry,” she said.

The Prince Albert Police Service decined an interview request. In a news release, it said officers continue to investigate the homicide of LaChance.

“Somebody out there knows the truth and we hope they will do the right thing and come forward. The family and friends of the missing and murdered cannot rest until they know the truth,” said Sgt. Kathy Edwardsen in the release, who works in missing persons and historical crimes.

LaChance was last seen at the former Coronet bar at closing time, according to police. Multiple witnesses have been able to help police piece together a timeline of her activities that weekend.

Anyone with information is asked to call Prince Albert police or Crime Stoppers.

CTVNews.ca asked two experts to answer common questions submitted by readers about Pfizer’s COVID-19 vaccine for children aged five to 11. Here's a look at their responses.

Actor Alec Baldwin fired a prop gun on the set of a Western and killed the cinematographer, officials said. The director of the movie was wounded, and authorities are investigating what happened. A spokesperson for Baldwin said there was an accident involving the misfire of a prop gun with blanks.

Businesses risk a 'double whammy' of potential labour shortages and a decline in consumer spending due to COVID-19 benefits ending Saturday, an economist says.

Who was Halyna Hutchins? Tributes paid to director of photography killed by prop gun

The film industry has been left shocked and in mourning after cinematographer Halyna Hutchins was killed on set when actor and producer Alec Baldwin discharged a prop firearm.

The Canadian government has quietly lifted its advisory against non-essential international travel, marking the first time since March 2020 that the notice has been lifted. 'Be aware that although you are better protected against serious illness if you are vaccinated, you may still be at risk of infection from the virus that causes COVID-19,' the updated advisory states.

Kid-size doses of Pfizer's COVID-19 vaccine appear safe and nearly 91 per cent effective at preventing symptomatic infections in 5- to 11-year-olds, according to study details released Friday as the U.S. considers opening vaccinations to that age group.