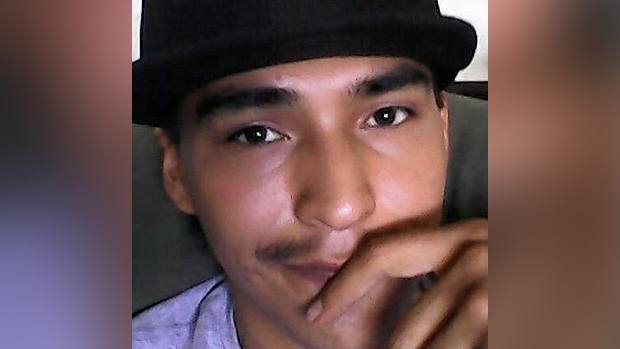 Colten Boushie is seen in this file photo.

One of the people who was in the car when 22-year-old Colten Boushie was fatally shot on a farm near North Battleford is speaking out.

Eric Meechance, his cousin Colten Boushie, and three other people were on their way to the Red Pheasant First Nation near North Battleford on Tuesday evening when their car got a flat tire.

Meechance says they drove to a nearby farm to get help when a man "came out of nowhere" and attacked the car, smashing a window.

Emergency crews were called, but Boushie was declared dead at the scene.

Gerald Stanley, 54, has now been charged with second-degree murder in the case.

The chief of the Red Pheasant First Nation says Boushie will be missed.

“He was a very good young gentleman; he always had a smile on his face,” Chief Clint Wuttunee told CTV News on Thursday. “He would come around and do community service work, mowing lawns for elders.”

Wuttunee says there have been reports of vandalism and theft in the area, and he’s afraid that Boushie’s death is only going to aggravate the situation.

“I fear that there will be some repercussions, the way people are talking. They’re angry, that’s their initial gut feeling.”

Wuttunee says members of his community are hurt and upset after the shooting, and that the community is turning to traditional ceremonies performed by elders to help with the healing.

“We have to try and meet that head on and divert some of the negative energy.”

Two GoFundMe pages — one to raise $10,000 to help Boushie's family cover funeral expenses and another, hoping to raise $35,000, to help Stanley's wife — have since been set up.

The page for Stanley’s wife was created by someone who said they live in the area. It says "much of the farming community around us who know this family know they (are) loving and deserving of some help through a difficult time."

Stanley made his first court appearance on Thursday in North Battleford. He is scheduled to appear again on Aug. 18.

With files from the Canadian Press