'She gives of her heart': Long-serving volunteer chosen as Prince Albert’s Citizen of the Year

'She gives of her heart': Long-serving volunteer chosen as Prince Albert’s Citizen of the Year 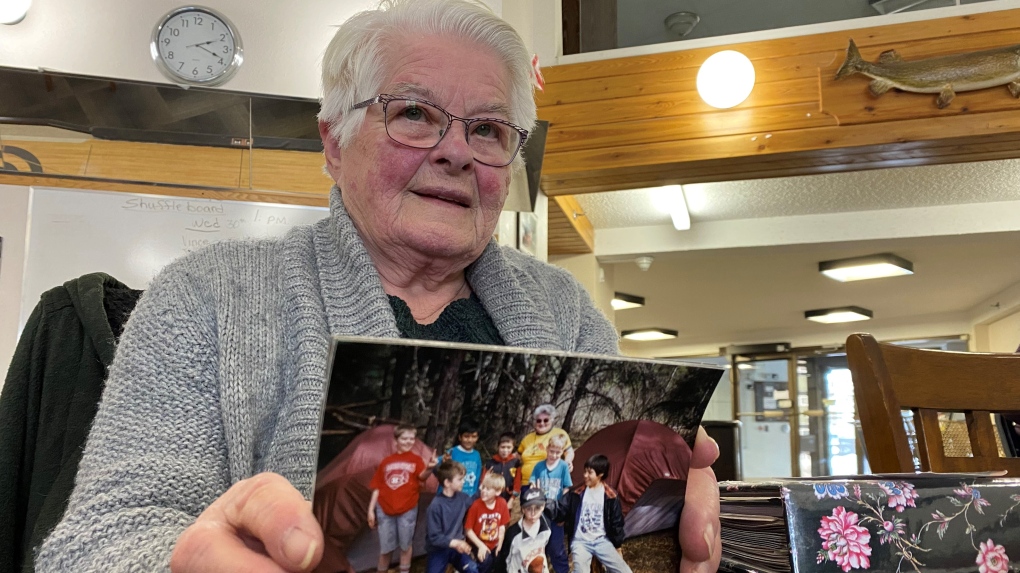 Marie Mathers was selected as the 2021 Prince Albert’s Citizen of the Year. (Lisa Risom/CTV News)

The 2021 Prince Albert’s Citizen of the Year is being praised for her work ethic and compassion for people.

The award committee selected Marie Mathers to receive the honour. The award is sponsored by the Kinsmen and Kinnette Club and the Prince Albert Daily Herald.

“She gives of her heart and her soul. She just does whatever she needs to do,” said nominator and fellow Legion volunteer Suzanne Bantle.

“She will donate to under privilege people, people who have gone through fires and she doesn’t even know them. She’ll do Christmas hampers at Christmas time.”

Mathers says she was surprised with the news on Tuesday at the Legion and didn’t know she was nominated.

“I thought ‘why me?' There’s lots of people that do things,” she said.

“It gives me a lot of satisfaction to know that I make people happy or that people are happy because of the things that I have helped with,” Mathers said.

She also spent 47 years volunteering with the local chapter of Scouts Canada and led many activity nights and camping trips throughout the years. She says many of the youth are now adults and often stop to talk to her when they see her.

“I just loved doing different things in Scouts because I worked with different age levels from the age of eight to 17. And this was really something. We even did winter camping,” said Mathers.

At the age of six, she says her father taught her how to volunteer and be a good citizen, but it was a life-and-death experience that made her even more dedicated to making the world a better place.

“I was told that I had a week left to live and I told the doctors and the nurses that there was no way I was going to leave the hospital in a basket. And that prompted me more to really get doing things,” she said.

Mathers moved to Prince Albert in 1966 from a French-speaking community in Manitoba. Once she learned English, she became involved in the schools, Scouts and the farmers' market.

She encourages others to get involved in the community.

The award committee says a formal presentation of the 2021 Prince Albert’s Citizen of the Year Award is still in the planning stages.