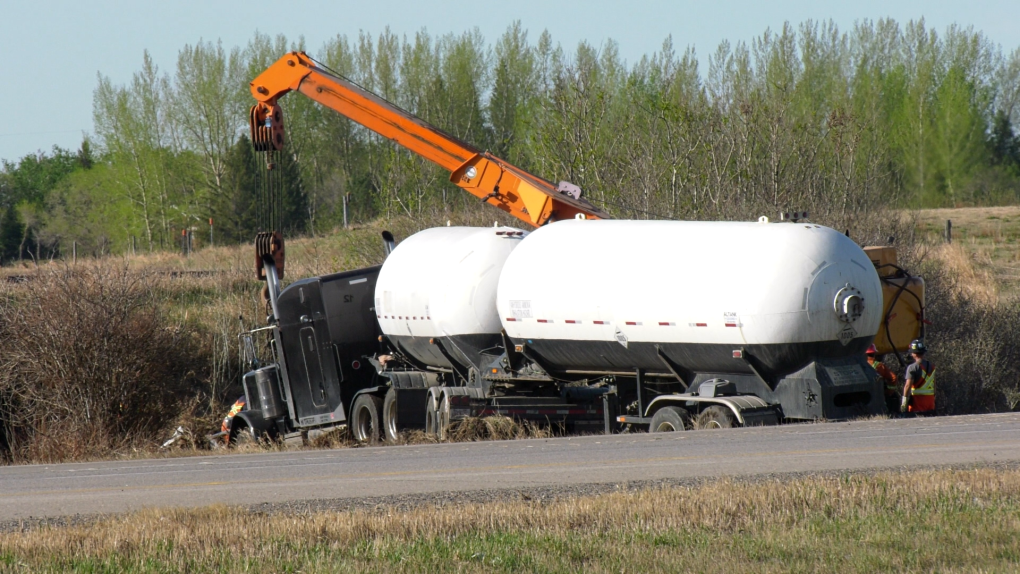 SASKATOON -- A semi crash along Highway 7 south of the Cory Mine made for some slow-moving traffic Monday morning.

The semi left the highway and became stuck on a set of nearby train tracks, according to the Delisle Fire Department

Crews responded to the crash and remained on scene after it was noted the truck's empty tank was ruptured and off-gassing, the department said in a Facebook post.

The highway was reduced to one lane as a heavy wrecker worked to free the semi from the tracks.

The driver was taken to hospital with minor injuries, according to Warman RCMP.

The southbound semi crossed the median and left the roadway, RCMP said.

The highway has since reopened.