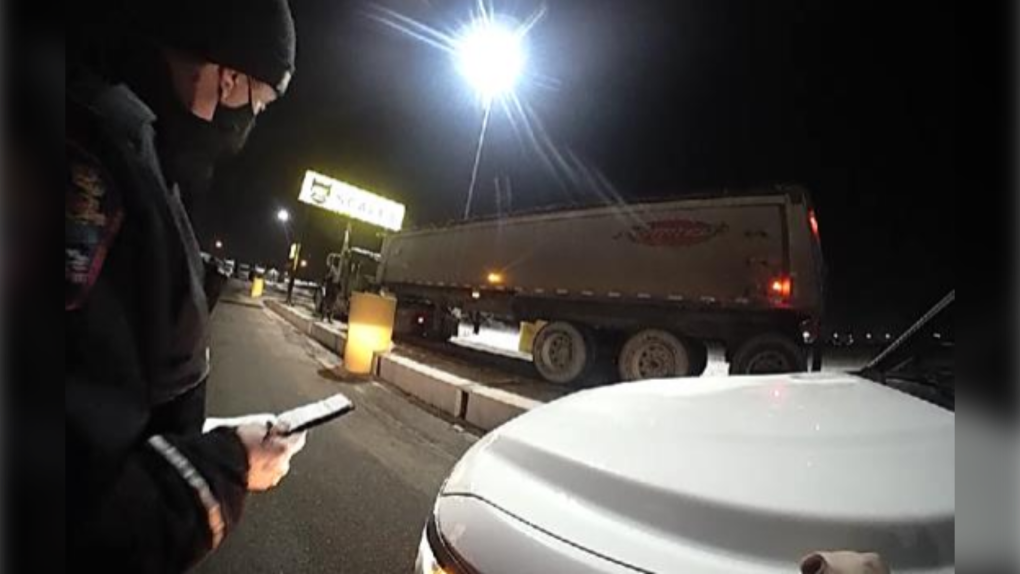 SASKATOON -- Police say several tickets were issued to a semi driver after initially pulling him over for a burned-out headlight and a suspected weight restriction violation.

The unit had a burned-out headlight and was on a road that had a maximum vehicle weight of 10 tonnes, Corman Park Police said in a news release.

When police questioned the driver, who said he was hauling a load from La Ronge to Martensville, it was evident he had been drinking, police say.

According to police, several cans of beer, some empty, and a small quantity of cannabis were found in the cab. Untaxed cigarettes were also discovered in the cab, police say

Further inspection of the truck also revealed that the gate of the trailer was improperly fastened and the load was insecure, according to police.

The driver allegedly blew over the provincial limit of .04 and the truck was impounded. The driver’s license was also suspended for three days.

The man, 26, of Limerick, Sask., received tickets including consuming alcohol in a vehicle.