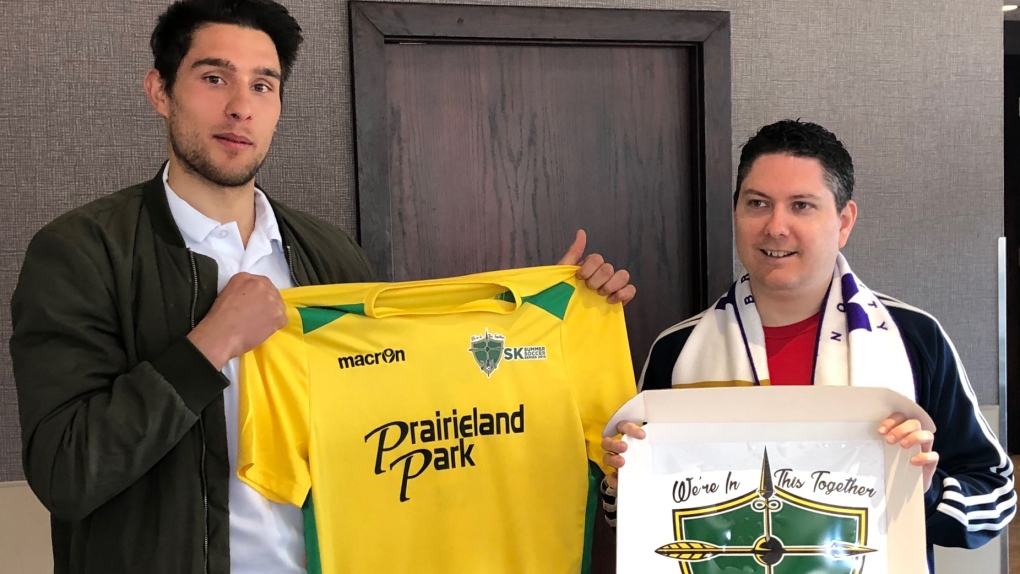 “We got to give them a show, give them an exciting experience and I feel a bit of pressure to do that,” said defender and co-captain of the Selects, Jordian ‘Chico’ Farahani.

“It’s going to be an unprecedented experience to play in front of that many people.”

Since the summer series was announced a month ago, the Selects invited about 90 players from soccer clubs across the province to try out for the team.

Head coach Bryce Chapman spoke about the mix of players he has selected and the tight timelines ahead of the matchup against the Calgary Foothills.

“We’re quite excited we have a wide band of players. I think we have a nice balance of players with different experiences,” Chapman said.

“The long term piece is we want to make sure it’s not just a May 4 success story. We want players to start to be introduced to the pro game.”

Organizers of the Summer Soccer Series hope it provides momentum to bring a Canadian Premier League team to Saskatoon. Last week the CPL kicked off its inaugural season with a televised game.

Chapman said it’s going to be a soccer spectacle this weekend with 2,500 to 3,000 fans expected to fill the stands at Saskatoon Minor Football at Gordie Howe Sports Complex.

Farhani said he’s nervous, but it likely hasn’t hit the younger players on the team.

“I don’t know if they understand the scope. For me, I’m a little bit nervous, in all my experience it takes weeks and months to come together for a pre-season game,” Farahani said, adding the Selects just have five days to come up with a gameplan against the Foothills.

Gates for Saturday’s game open at 5 p.m. with pre-game festivities. Kickoff is at 7 p.m. Kids 12 and under will be able to take the game in for free if accompanied by an adult.