Saskatoon WWII veteran focuses on good memories of his service

His army troupe was stationed on a barge 35 miles off the coast of the famous Normandy beach.

“We had our guns set up and we were ready to shoot anytime a plane would come over, but we waited more than a week before we saw any action,” Kazuska, 101, told CTV News.

His seven siblings continued to work on the family farm near Yorkton. 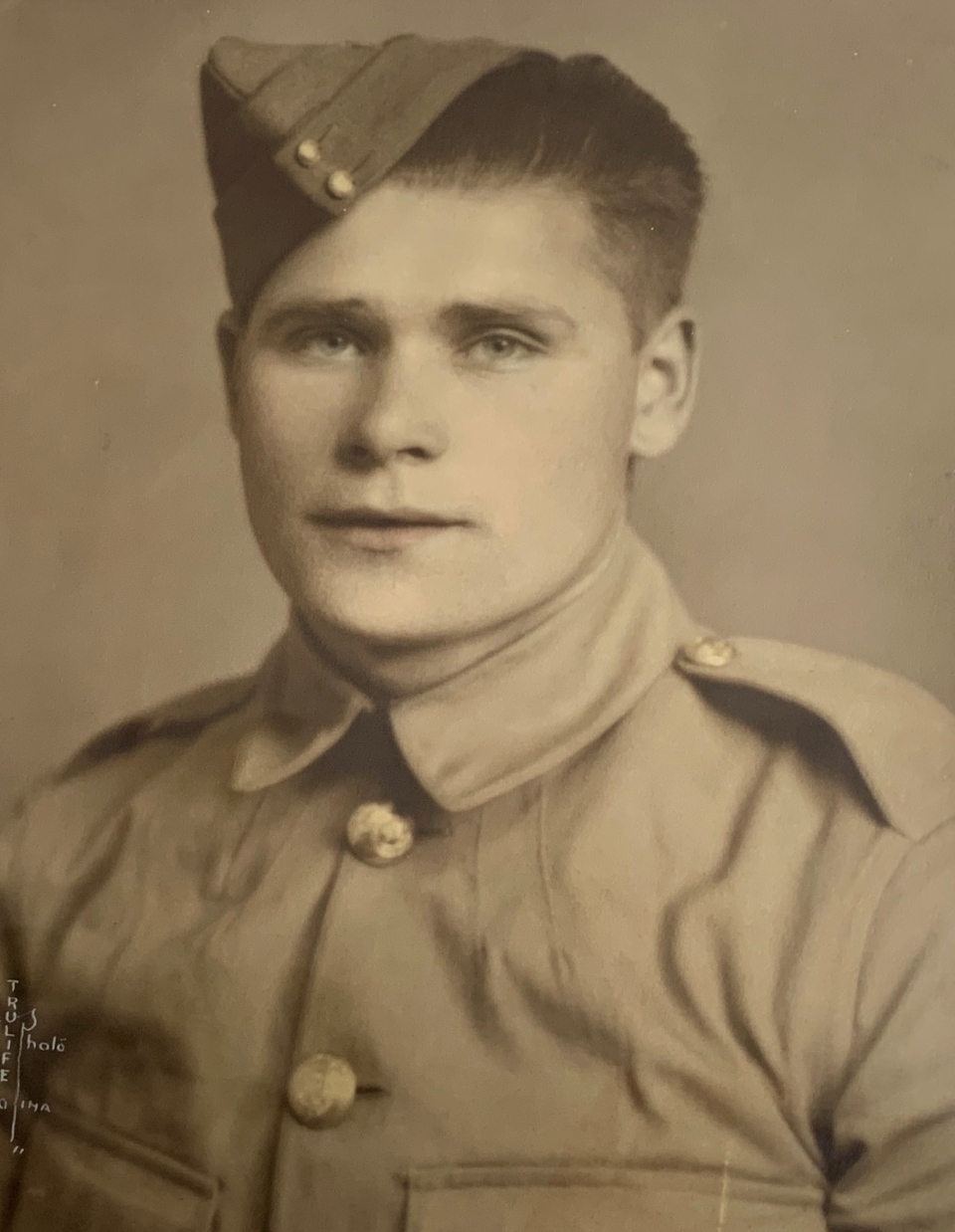 The war had many dark moments according to Kazuska, like when a fellow soldier was hit by a bomb right in front of him.

“A bomb hit and splattered the body. We picked up one of the boys in a pail. Parts of him. Only parts.”

In 1943, a bomb went off right beside Kazuska, permanently deafening his ear.

After that he was sent back to England. He was put on light duty until 1946 when he returned to Canada.

Looking back, he focuses on the good memories, however. He remembers the fun he had at dances or playing baseball and hockey on Wednesdays - the sports day for the soldiers.

He had a loving family that he stayed with in England and kept in touch with them for a few years.

“There were lots of good times too. Not only fighting.”

He also played with the army band.

“I played the drums, the banjo, anything I could get my hands on.”

He still plays the stand-up bass although his fingers hurt if he plays too long. He takes great pride in the photos he has of the Ukrainian bands he played in over the years.

He has a few photos of his service. One, of him as a young man in his uniform, hangs on his living room wall. Another is with his troupe surrounding their anti-aircraft auto cannon gun, called a Bofor, Kazuska says.

He is proud to show off his army issue jacket, which he keeps in a cedar closet he built, and is in mint condition. The jacket features stripes for years of service on the right arm and a wounded badge on his left.

On Remembrance Day he and his wife of 62 years, Helen, usually watch the local service on TV.

Kazuska was part of the ceremony in the past, but says it has been too difficult to get to over the past few years.