Holly Parent, her husband and her son were at home when a truck smashed into the front of their house in the Dundonald neighbourhood early Wednesday morning.

“We were sleeping and around 2:25 or 2:30, we heard a huge crash. At first, I thought it was the tree that hit the house because there’s a huge tree (in our backyard), biggest one on the block,” Parent told CTV News.

Her husband went to check and realized it was a vehicle.

“It was three quarters of the way in through the front door and the driver had gotten out somehow. We can’t figure out how because there was no floor and there was a lot of debris.” 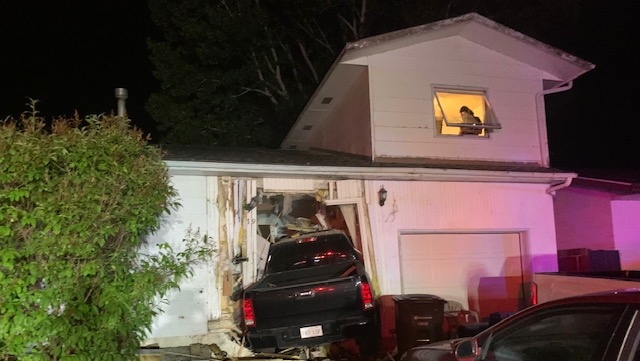 Parent said her biggest concern was for her son who has a room above the garage.

“He yelled he’s okay. He was awake when it happened. He heard the screech, so did some of the neighbours and then the smash.”

The Saskatoon Fire Department was called to the house in the 1300 block of Latrace Road shortly after 2:30 a.m. as it was reported the vehicle was possibly on fire.

The first fire crew on scene confirmed neither the vehicle nor the house was on fire as was initially reported.

Fire crews secured the scene and shut off electrical and natural gas service to the house.

The truck damaged the staircase to Parent’s son’s room, so firefighters helped him get down.

“They were smashed so he couldn’t get down and his runners were lost somewhere in the mess and so he wore his cleats,” Parent said.

No one inside the home or the vehicle was injured in the crash — something Parent says is a miracle.

A 25-year-old man was arrested on scene and is facing two impaired driving charges and a charge related to dangerous driving, according to police.

Holly Parent, her husband and her son were at home when a truck smashed into the front of their house. (Holly Parent/Submitted)

This isn’t the first time Parent’s house has been hit. In December 2018, a Saskatoon Transit bus slid through the intersection in front of Parent’s house and into her front deck.

At the time, a city spokesperson said the bus was travelling westbound on Wedge Road at a low speed due to icy conditions but was unable to negotiate the turn onto Latrace Road and made contact with the front deck of the house.

One passenger was on board at the time but neither the passenger nor the operator was hurt.

Parent says her initial reaction to the latest crash was: “Holy cow! It happened again.”

She said the City will be hearing from her after this incident as she no longer feels safe living in her own home.

“We’re going to ask for a blockade or something, something’s got to happen... maybe a flashing light there like they do for important intersections.”

In a statement to CTV News, Jay Magus, director of transportation for the City of Saskatoon, said, “We are very glad that no one appears to have been injured as a result of this collision. We will be reviewing this incident to see if there are appropriate engineering improvements that can be made to increase safety at this location.”

The cost of the damage and whether the house is still safe to live in is unknown. 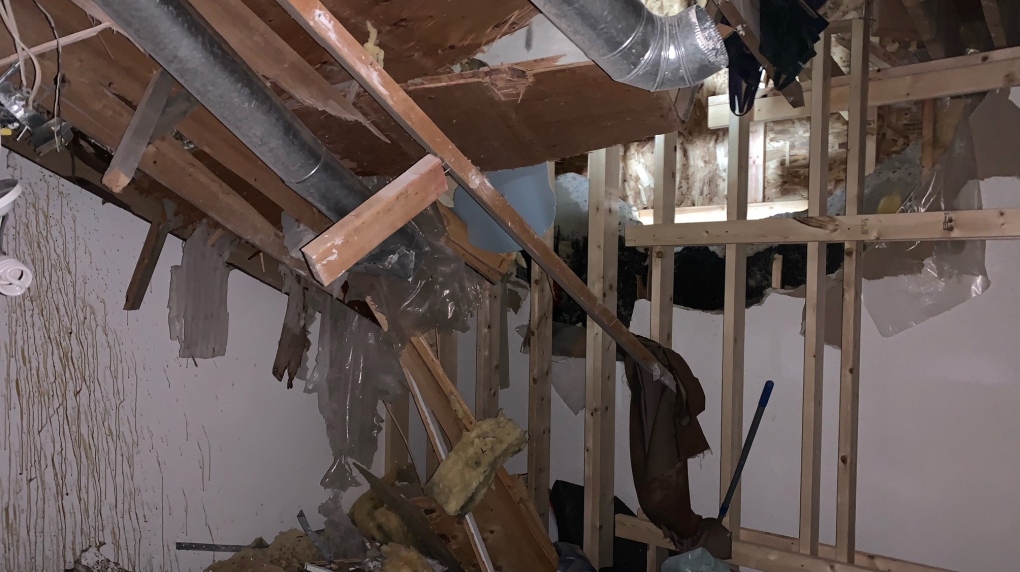 “The front closet, a pretty large one, is completely gone. The floor is gone when you walk in. The cement foundation for the house was pushed in, went through the basement, so walls down there are smashed. Half of the truck went into our garage, so the garage is smashed,” Parent said.

“The floor joists were pushed right into the living room and chunks of cement in the basement. Living room walls right in the middle of the house, they’re at an angle.”

For now, Parent and her family are able to go inside and grab whatever belongings they can and will be staying at her sister’s house nearby until they can return or find another place to stay.