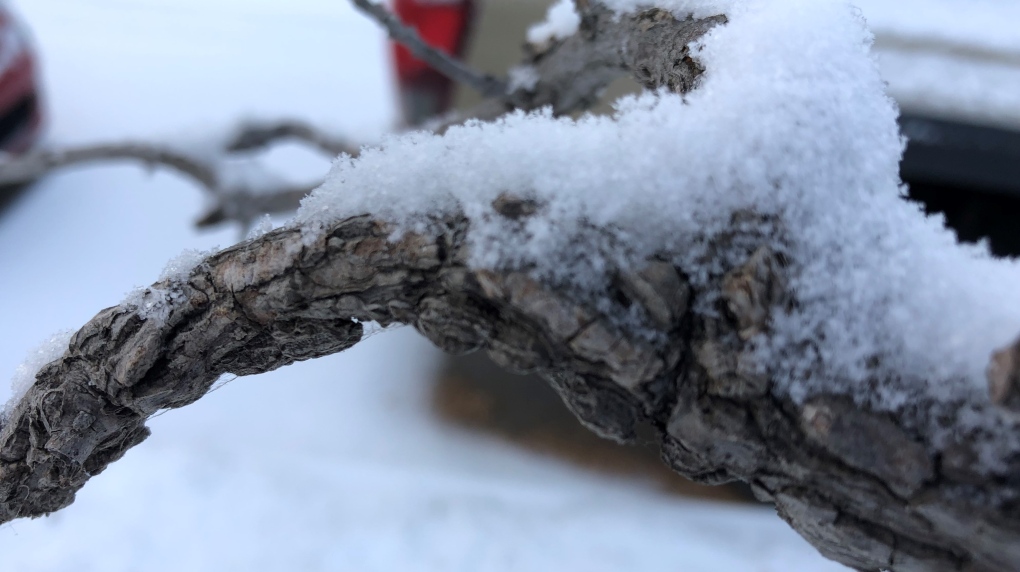 "Streets, bridge decks, freeway ramps, overpasses and high-traffic intersections may be icy and snow-packed. Drivers should slow down, use caution and allow for extra time to reach their destination," the city said in a news release.

Seven sanders have been deployed and are applying salt, the city said.

Saskatoon Police Service (SPS) also sent out a reminder to drivers as the snow began to accumulate.

"Saskatoon Police Service would like to remind drivers to slow down, give more distance between vehicles and give yourselves extra time to get to your destinations," SPS said in a news release sent around 2:30 a.m. on Tuesday.

On social media, many shared photos of the season's first snowfall:

The white stuff has arrived. First snow of the year. #skstorm #yxe pic.twitter.com/fTqFsilBHh