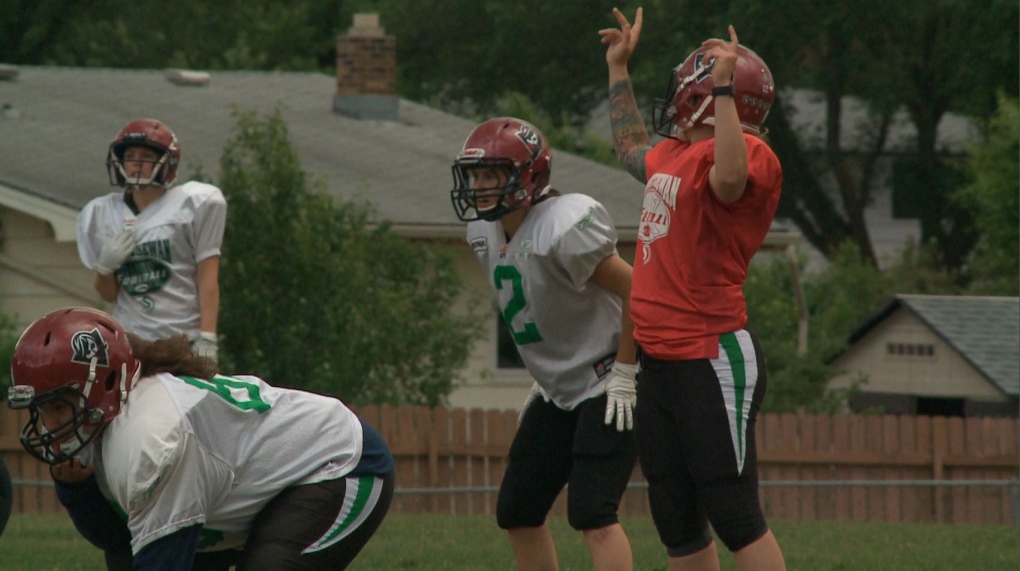 The Regina Riot face the Saskatoon Valkyries in this file photo.

SASKATOON -- With professional and junior sports cancelling games and seasons because of the the global spread of COVID-19, other sports leagues in Western Canada are following suit.

The Western Women’s Canadian Football League (WWCFL) is cancelling its upcoming 2020 WWCFL season. The league, home to the Saskatoon Valkyries and the Regina Riot, announced the move on Monday.

The league executive and the board met on Sunday to discuss the current state and immediate future of the league in regards to the COVID-19 pandemic, according to a statement shared on social media.

At the meeting, the unanimous and extremely difficult decision was made to cancel the 2020 WWCFL season. The decision was made based on a number of factors, the primary of which being the health and safety of those involved in our league.”

Additional factors included the financial ramifications the virus has had on teams and players and the uncertainties posed by the situation.

“It’s very upsetting, it’s not just a football team, or a football league, it’s a sisterhood, a family and for a lot of people this is their stress relief and it’s devastating,” said Saskatoon Valkyries team president Janna Horn.

It was a difficult decision but the safety of players, coaches and training staff was the number one priority, she said.

Horn played nose-tackle for the Valkyries before retiring in 2016. She said the Valkyries started training for the upcoming season in January, but once the City of Saskatoon closed its facilities, training camp for the WWCFL ended as well.

The WWCFL has an update regarding the 2020 season.
Read the full statement below. pic.twitter.com/hY730c3122