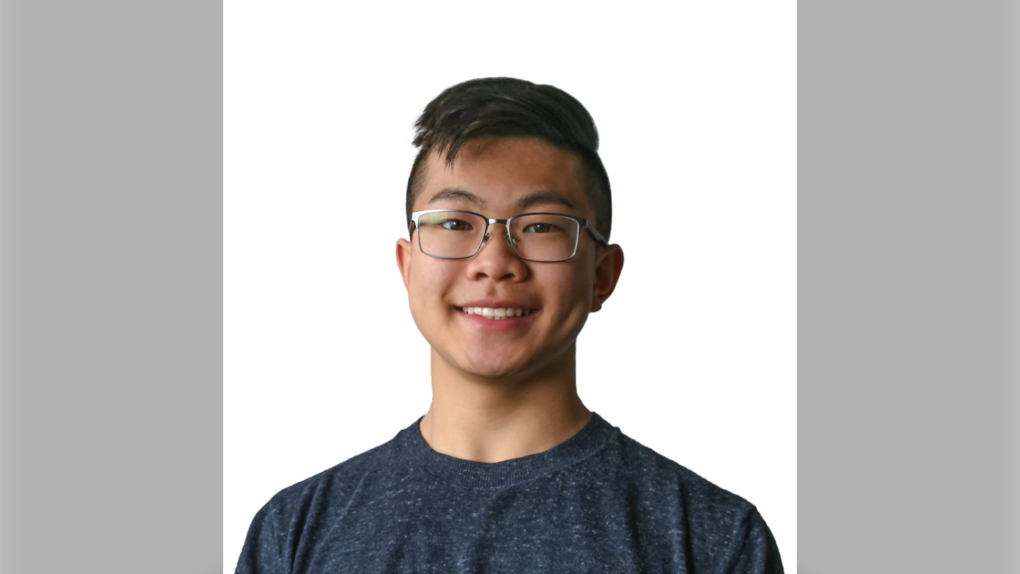 "I first heard back from the (University of Saskatchewan) in late March," Chen said. "They just kind of gave me a call and let me know that I won this incredible scholarship. So I accepted it.

"But two months later, I got an email from the (University of Toronto). And they basically told me that I had won the scholarship there as well, too."

Chen said he decided to take the Toronto offer.

"It was a pretty hard decision deciding to move away from home, which is Saskatoon for me. But I ended up changing my decision and accepting the U of T offer instead."

The scholarship was started in 2012 by businessman and philanthropist Seymour Schulich.

Chen was one of six Saskatchewan students to receive a scholarship. Other winners include Caleb Melin, Nikko Po, Hunaid Khan, and Sarah Ens.

Chen will be studying mechanical engineering and thinks he may end up in aerospace or aviation.

"Growing up as a kid, I flew around quite a bit. I was a bit of a frequent flyer, I guess. And I started taking note of every little moving part and I found it absolutely fascinating."

He also participated in the Air Cadet program that fueled his love of aviation.

"I've learned all about aviation and the technology that goes into all these moving objects and parts on planes. So I really think that engineering is a good fit for me."

Tuition for the program is $14,180 per year, and while the scholarship won't cover all his expenses, Chen said it was still a big relief.

"Unfortunately, $100,000 isn't even going to be enough for my four years of undergrad. But it is just a massive, massive portion of it. And, you know, without it, I don't even know if I would be able to attend the U of T without having to go into quite a bit of debt. It's just a huge weight off of my shoulders."

Chen has spent the last several years preparing for his future. During the pandemic, he co-founded a not-for-profit organization that turns plastic bottles into material that can be used by 3D printers.

"We were able to become the first people in Canada and even North America to directly recycle 3D plastic bottles into 3D printing filament is pretty awesome," Chen said.

"Through that company, we were able to partner with a whole bunch of groups," he said, adding some of those working with him including the Saskatoon Catholic School Foundation, Canadian Wildlife Foundation's wild outside program, and some professors at U of S and U of R.

"Being able to partner with so many incredible groups, and to get that experience that we wouldn't have been able to gain, you know, in school or through other extracurricular activities."

Afghans forced out of their homeland now homeless in Pakistan

CTV National News' Executive Producer Rosa Hwang shares what she witnessed during a visit to a refugee camp in Pakistan, where Afghan children live in flimsy tents set up in a park, without the basics like running water or enough food, with only their mothers for protection.

The Bank of Canada lost $522 million in the third quarter of this year, marking the first loss in its 87-year history. In the central bank's latest quarterly financial report, it says revenue from interest on its assets did not keep pace with interest charges on deposits at the bank.

The RCMP has confirmed it is investigating 'broader foreign actor interference activities' in Canada, but Commissioner Brenda Lucki is declining to provide more details given the investigations are 'ongoing.'

Drug slows Alzheimer's but can it make a real difference?

An experimental Alzheimer's drug modestly slowed the brain disease's inevitable worsening, researchers reported Tuesday – but it remains unclear how much difference that might make in people's lives.

Smith tables controversial sovereignty act, which is 'likely' to survive in court

Danielle Smith introduced the Sovereignty within a United Canada Act in the legislature Tuesday while trying to reassure Albertans that it has nothing to do with leaving the country.

A disciplinary case was opened against Croatia at the World Cup on Tuesday after the team's fans taunted a Canada player with Serbian family ties.

The Senate passed bipartisan legislation Tuesday to protect same-sex marriages, an extraordinary sign of shifting national politics on the issue and a measure of relief for the hundreds of thousands of same-sex couples who have married since the Supreme Court's 2015 decision that legalized gay marriage countrywide.

Chinese military jets conducted several intercepts of a Royal Canadian Air Force patrol plane as it flew surveillance sorties from Japan as part of an international effort to enforce sanctions against North Korea, the Department of National Defence confirmed Tuesday.

The Ontario government intends to appeal a court's decision that struck down a controversial bill that limited wages for public sector workers.