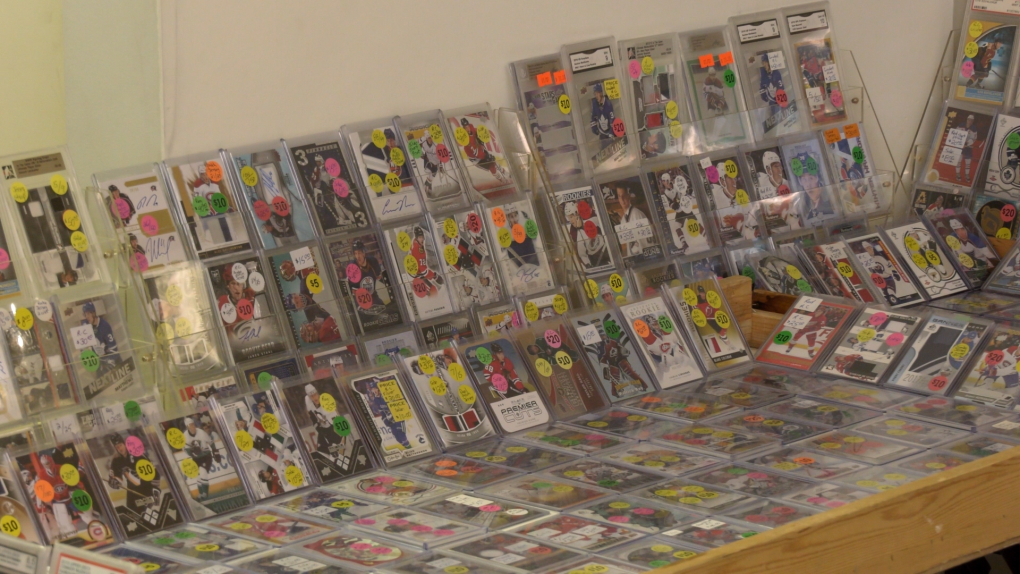 Hockey cards at the Saskatoon Sport Cards and Collectibles Show.

SASKATOON -- Memorabilia such as jerseys, cards, baseballs, and much more could be found in confederation mall on Sunday at the Saskatoon Sport Cards and Collectibles Show.

Much of the memorabilia offered was autographed, including jerseys from hockey players such as Connor McDavid and Wayne Gretzky, as well as baseballs from Jose Bautista, Marcus Stroman and Roger Clemens.

The event offers collectors a place to gather and discus their hobby with other like-minded people, and maybe add a few more pieces to their collections.

It wasn’t all sports however, the show featured items such as collectable wartime or Olympic prints.

The event his held usually once every month, with the next event hosted on February 9.