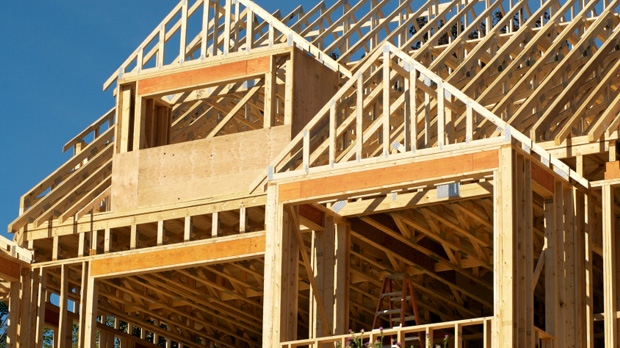 There are nearly 50 per cent less homes being built in Saskatoon compared to last year, according to a new industry report.

“We did have a very strong start to the year, the first five months of the year were very strong for sales, and cooled off shortly after, as soon as those interest rates started rising quite rapidly,” CEO of Saskatoon Home Builders’ Association Nicole Burgess told CTV News.

“Unfortunately, there's not much cause for celebration. We've seen pretty much things come to a grinding halt.”

“Deals collapsed as multiple buyers were not able to secure financing, even those preapproved by the banks,” the report stated.

“The demand for new construction homes has hit rock bottom,” it said.

One of the ways that builders have responded is to shelve new development projects, and also to increase the number of rental units they’re building, Burgess said.

“We're seeing more and more of our builders shifting to purpose built rentals, which makes sense because vacancy rates in Saskatoon are quite concerning,” she said.

She said it was an important shift for the industry.

“I think one of the numbers were something along the lines of like 48 per cent of the total inventory under construction is actually intended for rental now,” she said. “So that's an interesting shift. Very much in alignment with the fact that homeownership is becoming more and more unattainable as affordability gets eroded.”

According to Statistics Canada, the homeownership rate in Saskatchewan in 2021 was 70.7 per cent. They noted there has been a 17.4 per cent increase in the number of tenant households in the province over the last 10 years.

City data from 2019 broke down rentals vs. home ownership in Saskatoon neighbourhoods and at the time, the communities with the highest rate of home ownership were Montgomery Place (97 per cent home owners, three per cent rentals), Briarwood (96 per cent), and Erindale (96 per cent). The communities with the highest number of rentals at the time were the Central Business District (76 per cent renters), Pleasant Hill (72 per cent), and City Park (68 per cent).

Burgess said there were signs things are going to get better for the building industry.

“It seems to be that we're probably in for a couple of tough quarters based on the interest rate environment, but I think overall our hope is that with all this economic activity, these growth projections do come to fruition to support that economic activity that our housing market will be quick to rebound.”

Ontario passes housing bill despite criticism from municipalities over funding

Protests in Iran continue despite internet blackouts; Canadians respond with rallies of support

Nearly two months after the protests were first ignited, the people of Iran continue to march in the streets, despite increasing violence, internet blackouts and arrests, while Canadians support them overseas, organizing rallies in response.

Notable moments, political statements made in Week 1 of the World Cup

As much as the action on the pitch has captivated fans across the globe, the 2022 World Cup in Qatar has also made important headlines for incidents off the pitch.

Prime Minister Justin Trudeau visited Monday the graves of victims of a deadly stabbing rampage at a Saskatchewan First Nation before he was to meet with family members in private.