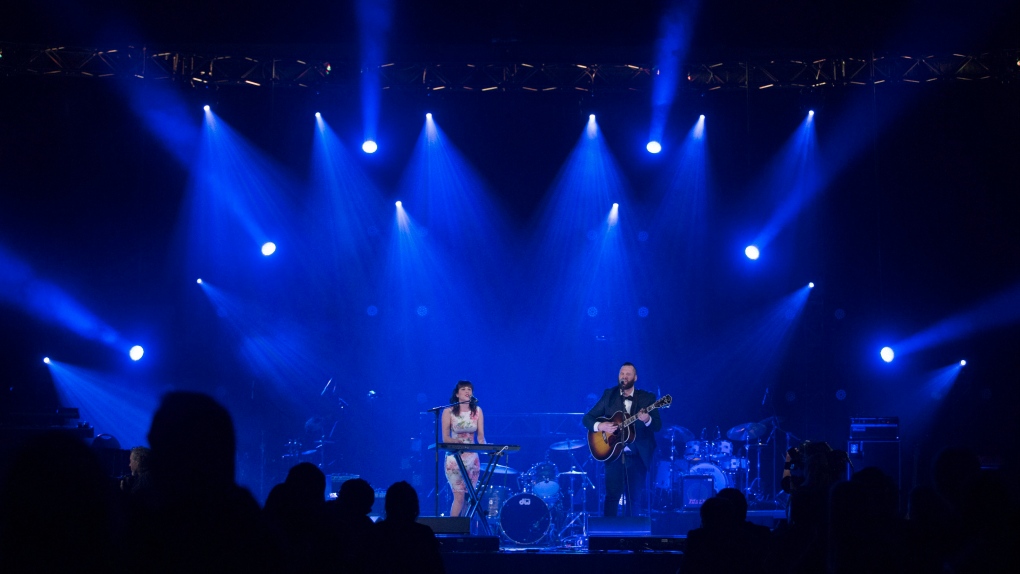 The Fortunate Ones perform at the JUNO Gala dinner in Calgary, Saturday, April 2, 2016. (THE CANADIAN PRESS / Jeff McIntosh)

Next year’s Juno Awards in Saskatoon are expected to be bigger and better than the last time the city played host in 2007.

Tourism Saskatoon sent a handful of representatives to London, Ont. for the Juno Awards last weekend.

The goal was to take in the show and festivities to see what kinds of events they can incorporate into the celebrations in Saskatoon next year.

Aviva Kohen, a representative from Tourism Saskatoon, said although it is early, the city has already started planning and hopes to engage people with different interests.

“There's ways to engage more than just the actual music community but tie music in in all of those events. So, it was really well received in London and I think they set the bar high, but I'm really excited for us to blow it out of the water in Saskatoon next year.”

Mayor Charlie Clark was also at the Junos in London to invite artists and fans to come to Saskatoon in 2020.

Throughout the weekend, he posted photos of himself with artists at the event including The Deep Dark Woods, Brett Kissel, and Molly Johnson.

Tourism Saskatoon said the event will be a weeklong celebration of music and the arts.

Kohen said people who were at the Junos in London as well as people from Saskatoon are excited for the event to come to the city.

“I’ve already been receiving so many emails from people wanting to get involved, asking how they can get involved. That will come soon, where we will engage the community, and we know Saskatoon will step forward like they always do.”

Tourism Saskatoon said it would like to incorporate comedy shows, arts events, and other annual Juno-related events such as the Junior Junos and the Juno Cup.

The Juno award show is set to take place at the SaskTel Centre on March 15.