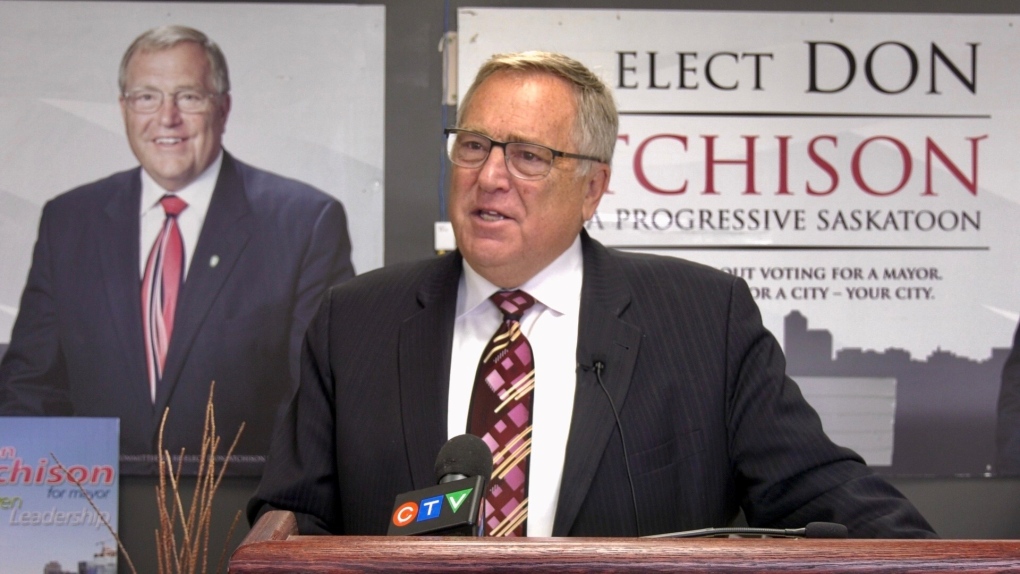 Atchison said the system is too expensive and would disrupt traffic.

The city estimated a BRT system would cost about $150 million.

Atchison believes it will be more than double than proposed cost, based on other Canadian cities’ experiences.

“I truly believe the project is still going to be in that $500 million range for Bus Rapid Transit and the City of Saskatoon needs to revisit that before we go any further,” Atchison told reporters.

Instead of moving forward with a BRT system, Atchison wants to ramp up Saskatoon’s current bus system.

“The buses need to come every five minutes on the high-traffic areas,” Atchison said.

Candidate Rob Norris said he would push “pause” on the BRT plans as the city recovers from the effects of COVID-19.

Norris said savings from not moving forward with the BRT system would be redirected to reduce annual fees for Saskatoon businesses.

Candidate Mark Zielke does not support the BRT project, referencing concerns about the cost of the project as “taxpayers are experiencing economic uncertainty.”

Zielke said he wants an audit conducted on the BRT’s cost projections.

“From a business perspective, the numbers submitted from the city do not make sense,” Zielke said in an email.

Tarasoff says a BRT will end up costing more than anticipated and Saskatoon would be better served improving its current transit system.

“I do not believe we can even consider building infrastructure for a system when we have no firm idea where the new arena will go in the end,” Tarasoff said in an email.