Rob MacDonald has followed the Royal Family for years. The death of Prince Philip doesn’t come as a shock to him.

“Hardly a surprise with his age and health, we knew it was coming. One could say it’s the beginning of the end of the Royal Family as most of us know it,” MacDonald said.

The retired CTV New Saskatoon anchor explains that the Queen often confided in and depended on the Duke of Edinburgh on many of the decisions she's had to make throughout her reign.

“It’s said to be a comforting relationship and this is obviously a difficult time for the Queen.”

Since the announcement, people have gathered outside of Buckingham Palace bringing flowers to share their condolences.

“By the way people gathered outside Buckingham Palace this morning I think it was a shock to the royal people and also showed how much they cared.”

Prince Philip accompanied the Queen to Canada on many occasions but also made solo trips.

“He didn’t hold back and that’s why the media and the paparazzi and Britain loved to get a clip from him. He would say the darndest things,” MacDonald said.

MacDonald has a piece of memorabilia, a silver tray from 1977 celebrating the Queen’s Jubilee. Pictured are the Queen and Prince Philip.

MacDonald says Prince Philip had a tough beginning as the structure of the Royal family “wasn’t prepared to deal with a consort, a husband of the Queen.” 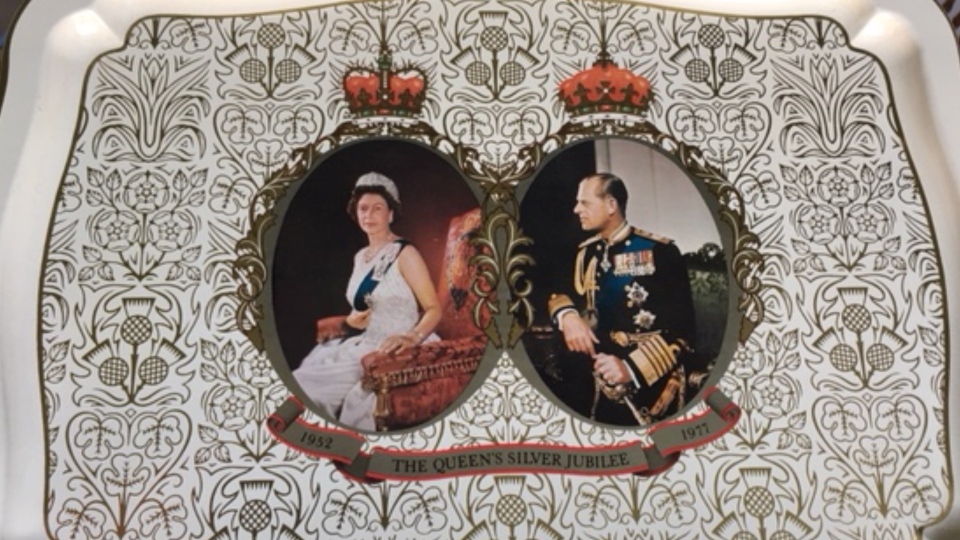 “Nobody had thought about what role Philip might play and that in the early stages perhaps led him adrift in a way. He was a very intelligent man.”

He emphasizes that Prince Philip had to find his own way within the family and palace.

With the COVID-19 pandemic, MacDonald says it’s difficult to know how the Royal Family will go ahead with a funeral.

In the meantime, no details have been released yet on funeral arrangements for Prince Philip.

“It’s difficult to see this era of the Royal Family pass on.”

Funeral for Prince Philip to be held on April 17, Harry plans to attend

Prince Philip's funeral: What we know about plans to bury the Duke of Edinburgh

Too much Prince Philip coverage? BBC says complaints have been received

Always by her side: The life of Prince Philip, the Queen's lasting love

10 things you may not have known about Prince Philip

Controversial, candid, and not politically correct: Jean Chretien reflects on his time with Prince Philip

In Pictures: Prince Philip throughout the years

Send your condolences to the Royal Family