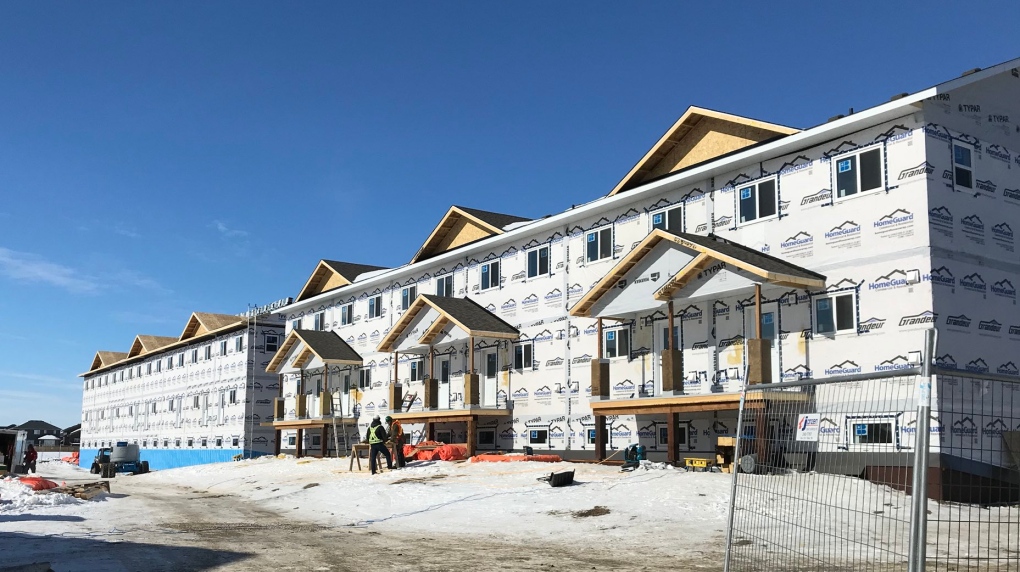 Homes are under construction in Saskatoon in this file photo. (Stephanie Villella/CTV Saskatoon)

SASKATOON -- Saskatoon is one of the fastest growing places in Canada, according to a new study from Statistics Canada.

Saskatoon's population grew two per cent over the past year, making it the fourth fastest growing area in Canada. Saskatoon was tied with Halifax's population growth.

The Kitchener-Cambridge-Waterloo area had the fastest population growth at 2.8 per cent and St. John's had the slowest, shrinking by 0.1 per cent.