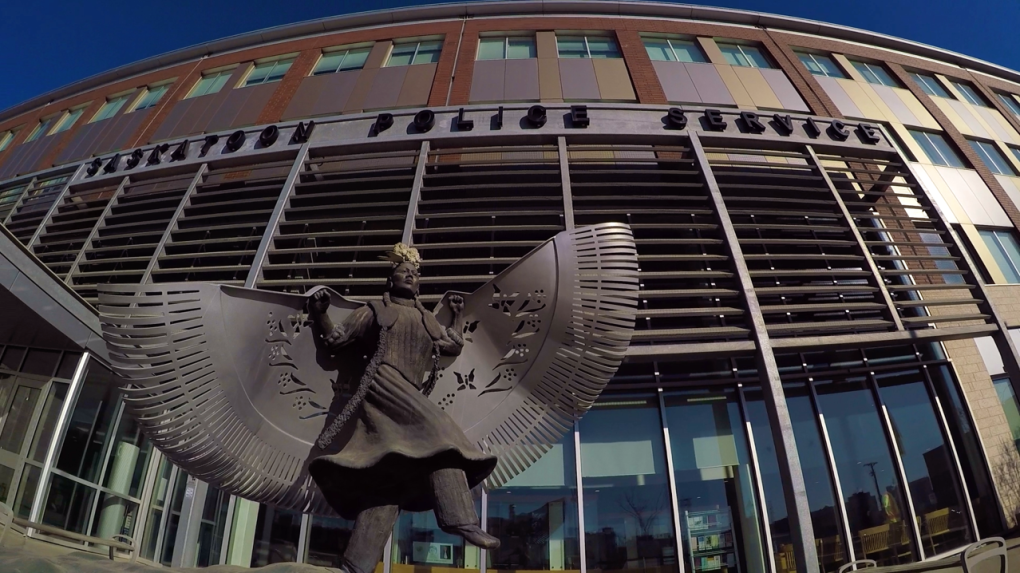 Saskatoon Police Service (SPS) should be instructed to refrain from imposing criminal charges on people who are found in possession of a personal amount of a substance.

That's one of the recommendations from a new report on addressing the harms of substance use and examining the idea of decriminalization and the subsequent role of SPS.

"When the only tool you have in your belt is a hammer, everything looks like a nail," one of the report's authors, Barbara Fornssler, with the University of Saskatchewan School of Public Health, said in an interview.

"And really the only tool that we've given police officers is criminal charges, and we want to expand that repertoire so that it's understood that, this is a health issue, we want to get people connected to support and ensure that medical and health professionals are able to collaborate with that individual to address their needs."

The report is part of Chief Troy Cooper's own report to the Saskatoon Board of Police Commissioners, which meets Thursday. Last August, the board had asked for SPS to weigh in on the potential effects of the decriminalization of simple possession of illicit drugs in Saskatoon.

In his response, Cooper said that about 78 per cent of all possession charges in 2021 were withdrawn, stayed, or dismissed.

"A very low percentage of charges for possession of an illicit drug make their way to court. This would suggest that locally, people who use drugs are not being criminalized for illicit drug possession unless there is a public safety concern," he wrote.

He also noted that Saskatchewan "continues to experience unprecedented numbers of accidental deaths resulting from drug toxicities with over 900 in the last three years alone."

However, he said SPS is not equipped to evaluate whether the local health care system, support services and judiciary are equipped to support an application to Health Canada for an exemption from the Controlled Drugs and Substances Act. He recommended the board consider the U of S report.

Cooper's report is to be received as information; the board is not scheduled to make a decision on decriminalization.

Fornssler and Lori Hanson, with the Department of Community Health and Epidemiology, said decriminalization can bring several benefits, including a reduction of criminal activities related to acquiring drugs and reducing the burden on police officers.

In general, they say it may reduce overdose deaths by reducing exposure to toxic and unregulated drug supplies.

"Time and time again, what we've heard not only here in Saskatoon, but also in cities like Vancouver, Montreal and Toronto, is that there's a large fear around being criminalized for this activity. And so much fear that it's driving people away from health services, and connection to treatment supports and other resources that are available for the health system," Fornssler said.

"So by and large, in criminalizing the possession of a substance, what we've done is criminalized the individual who's holding those substances, right? We can't put cocaine itself in jail. So it's the person who uses cocaine who goes to jail and then has that criminal record attached to them, which can inhibit employment and other opportunities in life, as we know, and it basically causes additional barriers for individuals who are seeking support, or potentially looking to address their substance use."

She said people may have legitimate concerns over whether decriminalization would lead to an increase in drug use or crime, but noted the legalization of cannabis did not cause a huge shift in usage patterns.

In addition, she said people diagnosed with alcohol, cannabis, or prescription drug use disorders say the ability to speak about their struggles drove their healing and their ability to address why they were using.

"Not that the law doesn't matter, it does drive people away from health services, but by and large the legal status of a substance hasn't really changed a lot in terms of availability and access until this pandemic, which then jammed up some of the illicit networks, which caused increased toxicity in the drug supply coming in," she said.

"So if we could get folks connected to a prescription supply program, or a safe supply program, to complement this decriminalization move, I think we're going to see a lot less harm in our community from the use of substances. And for those folks who are dependent, the ability to address it with a medical provider."