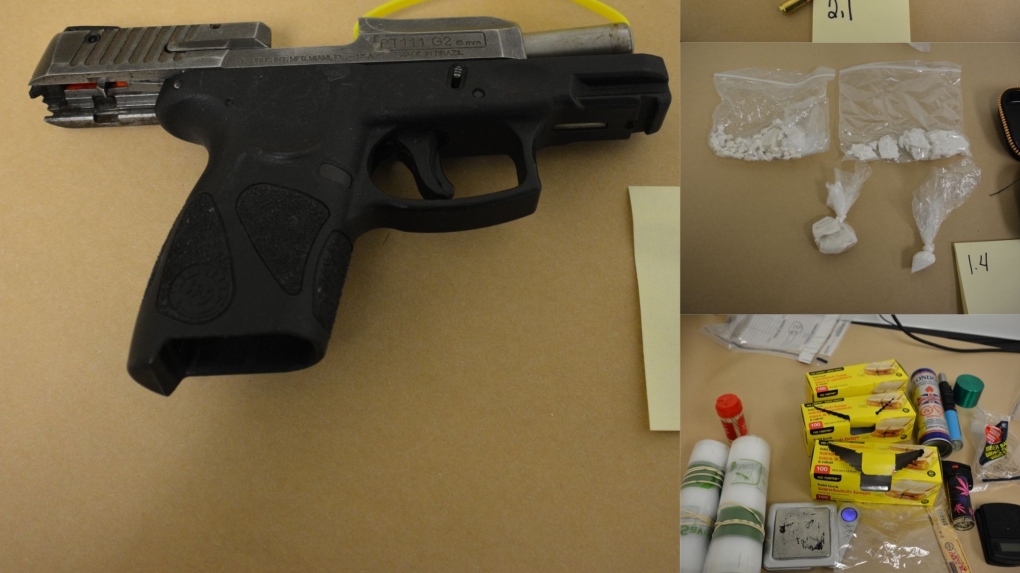 Three men are facing a series of drug trafficking and gun charges following an investigation by Saskatoon police.

Three men are facing a series of drug trafficking and gun charges following an investigation by Saskatoon police.

On May 20, members of the tactical support unit helped execute search warrants in the 100 block of Isabella Street East, 700 block of Appleby Drive and the 1900 block of 7th Street East., according to a police news release.

The investigation resulted in the seizure of cocaine, a restricted handgun, ammunition and thousands of dollars in cash, according to police.

The three men, aged 33, 34, and 44, face a combination of charges relating to guns, trafficking, possession for the purpose of trafficking, and possession of the proceeds of crime under $5000.

British Prime Minister Boris Johnson finally succumbed to political reality Thursday and agreed to resign after the latest ethics scandal around his leadership led some 50 senior lawmakers to quit the government.

Here's who could replace Boris Johnson as U.K. prime minister

Boris Johnson was due to resign as Britain's prime minister on Thursday, bringing an end to a turbulent two and half years in office and triggering a search for a new leader.

The next stage in the battle against COVID-19: bivalent vaccines

Several vaccine manufacturers are racing to develop formulas that take into account the more infectious Omicron variant now driving cases, while policymakers are laying the groundwork for another large-scale vaccine blitz.

A well-known Ukrainian paramedic who was held prisoner by Russian and separatist forces for three months after being captured in the southeastern city of Mariupol has accused her guards of psychological and physical torture during her time in captivity.

Video has emerged showing a worker dangling in the air above a Toronto construction site after accidently getting entangled in a tagline attached to a crane.

Feds intend to keep ArriveCan for its data on COVID-19-positive travellers: sources

The federal government has no intention of dropping the controversial ArriveCan app because it gives the Public Health Agency of Canada (PHAC) key health information about travellers who test positive for COVID-19 through testing at airports and land borders, senior government sources tell CTV News.

Patrick Brown is alleging political corruption played a role in his disqualification from the Conservative Party of Canada's leadership race, a move that came following allegations that his campaign violated election financing rules.

Brittney Griner trial in Russia resumes amid calls for U.S. to strike deal

Jailed American basketball star Brittney Griner returns to a Russian court Thursday amid a growing chorus of calls for Washington to do more to secure her release nearly five months after she was arrested on drug charges.

Patrick Brown to remain on Conservative leadership ballots despite disqualification

Despite being disqualified by the Conservative Party of Canada from becoming its next leader, ousted candidate Patrick Brown's name will still appear on the ballot.