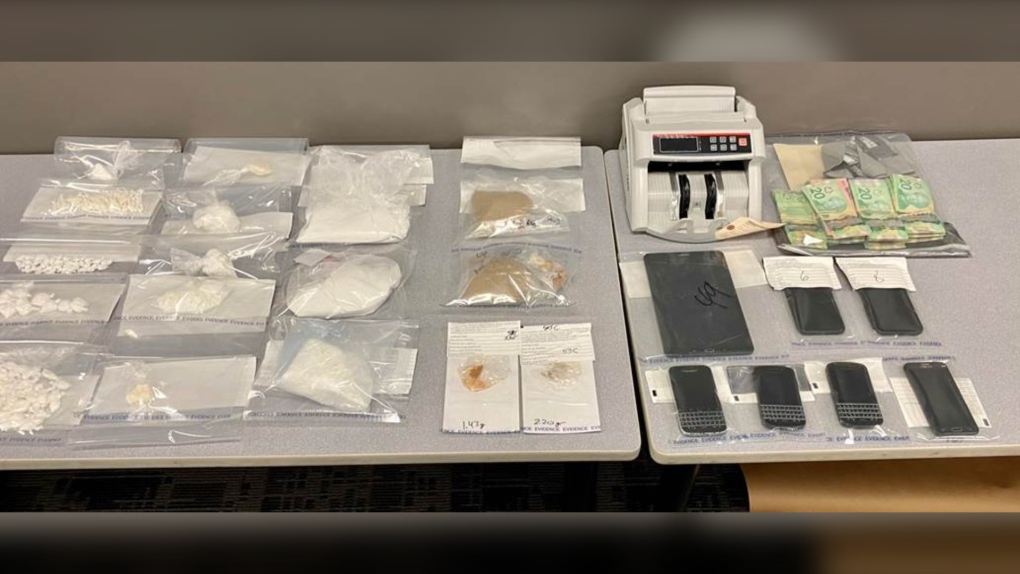 Police seized drugs, cash and paraphernalia at the 900 block of Duchess Street in a recent investigation. (Saskatoon Police Service)

Three men face charges after a Saskatoon police drug investigation which turned up more than $20,000 in cash.

As part of the investigation, police observed apparent drug trafficking in a parking lot in the 400 block of Confederation Drive, according to a news release.

Police conducted two traffic stops, arresting two men, 41 and 40, and finding $4,275 in cash and three cell phones in one vehicle, the release said.

A 28-year-old man was arrested from the second traffic stop and officers located 2.1 grams of cocaine packaged for distribution.

As a result of the traffic stops, two search warrants were executed. At an apartment in the 900 block of Duchess Street, police say officers located and seized:

In a hotel room in the 100 block of Circle Drive West, police say officers located and seized: