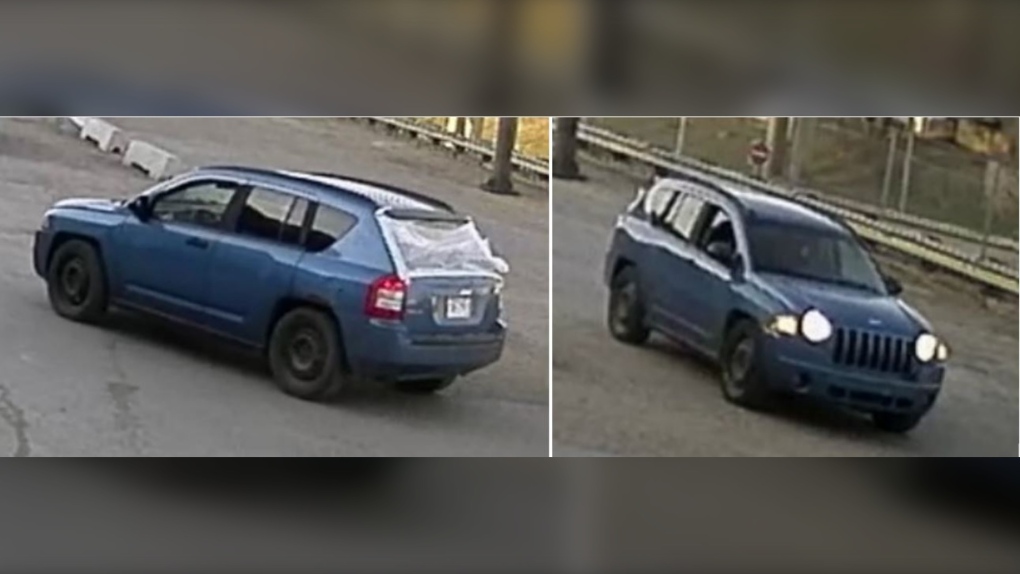 Saskatoon police are asking for the public’s help finding this vehicle believed to have been involved in a fatal hit-and-run May 10. (Saskatoon Police Service)

SASKATOON -- Saskatoon police are asking for the public’s help finding a vehicle believed to have been involved in a fatal hit-and-run last week.

Police, paramedics and firefighters responded May 10 to the 3200 block of 33rd Street where they found a woman with life-threatening injuries.

Despite life-saving measures, the woman died at the scene.

Police are seeking a blue, 2007 Jeep Compass, according to a news release.

The vehicle may have an Alberta licence plate and is likely to have visible front-end damage.

The back window may be missing and covered with plastic.