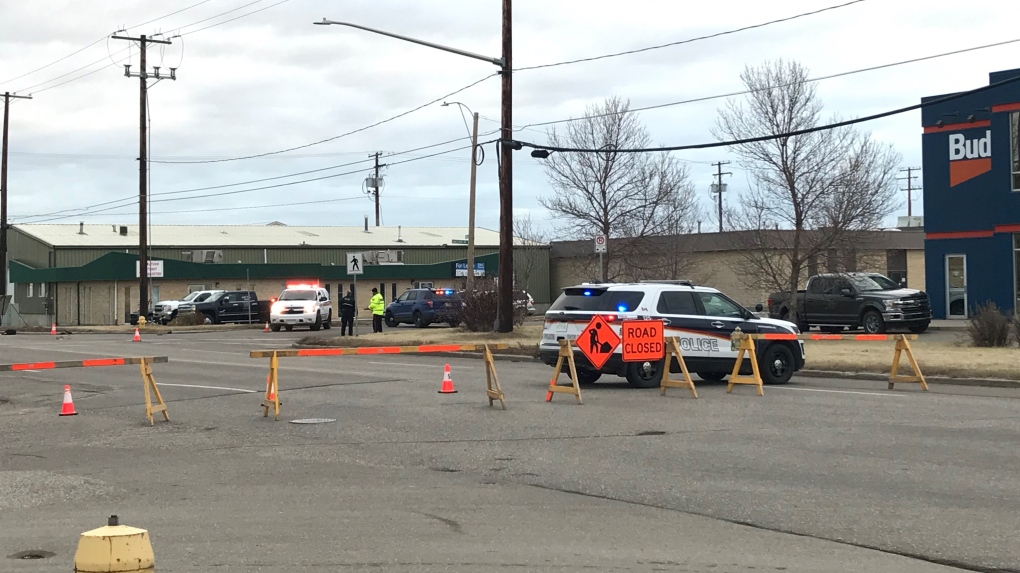 Saskatoon police were on scene at the intersection of Hanselman Avenue and 45th Street West. (Janella Hamilton/CTV News)

SASKATOON -- The police collision analyst unit is asking for help in the ongoing investigation into last week's fatal crash that left a 20-year-old man dead.

The crash between a vehicle and pedestrian happened just before 8 a.m. on Nov. 6 at the intersection of Hanselman Avenue and 45th Street.

The pedestrian was taken to hospital where he was pronounced dead.

Investigators have determined a second vehicle, of unknown make and model, was travelling eastbound on 45th Street at the time of the crash, Saskatoon Police Service (SPS) said in a news release.

Police are looking to speak with the driver of the second vehicle for informational purposes only, SPS said.

SPS is asking anyone with information about the vehicle to contact police at 306-975-8300.