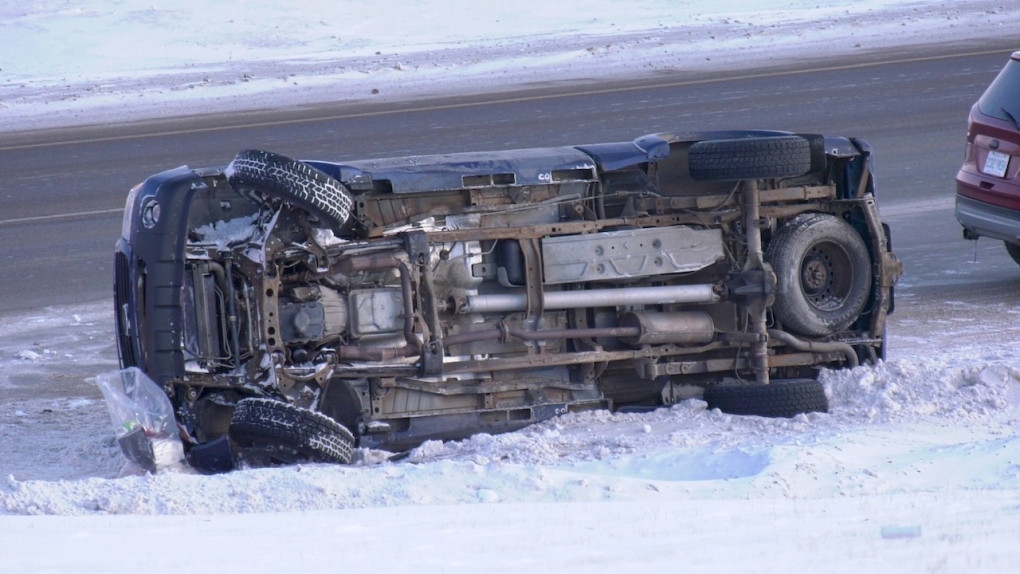 Saskatoon police were on the scene of a rollover on Circle Drive East Dec. 8. (Chad Hills / CTV News)

Police were called to the scene on Circle Drive East between Attridge Drive and 108th Street around 4:30 p.m. on Thursday, according to a Saskatoon police news release.

The driver managed to get out of the vehicle on their own and may be injured, the police said.

Southbound traffic in the area has been reduced to one lane, and exits may be restricted, according to the release.

The Saskatoon police are advising drivers to use caution, reduce their speed, and increase their following distance, as conditions are deteriorating on Circle Drive.

Adding milk to coffee may be anti-inflammatory: Danish study

Adding some milk to your morning coffee may boost the body's anti-inflammatory response, new research out of Denmark shows.

Girl, 6, dead after accident at ski resort north of Montreal on Sunday

A six-year-old girl died in hospital Sunday night after being involved in an incident at the Val-Saint-Côme ski resort in Lanaudiere. Quebec police are investigating, though details into the event are not yet known. Officers indicated that it involved a T-bar lift, but they were not able to say more.

Members of Parliament return to Ottawa to resume sitting for the first time in 2023 on Monday, with the state of Canada's health-care system, the health of the Canadian economy, and rates of violent crime in this country all top of mind.

Hockey Hall of Famer Bobby Hull has died at the age of 84. He played for the NHL's Chicago Blackhawks and Hartford Whalers as well as the World Hockey Association's Winnipeg Jets over a 23-year pro career.

Are you a Ukrainian who recently moved to Canada? We want to hear from you

With Russia's invasion of Ukraine displacing millions of people, many refugees have begun to lay their roots in Canada. If you or someone you know has fled the war-torn country and settled in Canada, we want to hear from you.

Federal NDP Leader Jagmeet Singh says he will sit down with Prime Minister Justin Trudeau this afternoon to discuss private health care ahead of next week's summit with premiers.