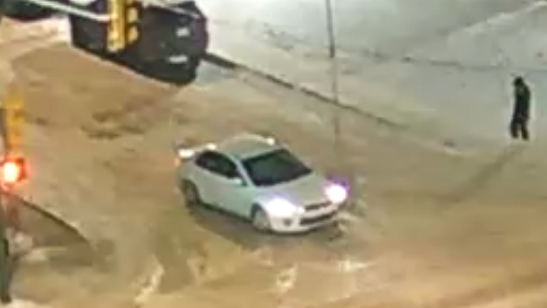 Saskatoon Police are looking for suspects in this white vehicle that were driving along 20th Street on November 18 around 1:30 a.m. (Saskatoon Police)

The Saskatoon Police Service (SPS) is asking for the public’s help tracking down suspects in a shooting that left a 15-year-old girl with non-life-threatening injuries.

The incident happened on November 18 around 1:30 a.m. near the intersection of 20th Street West and Avenue Q South, the SPS said in a news release.

The SPS said a white car with several people inside pulled up to the girl who was with her family and someone inside the vehicle shot her. The vehicle then drove west on 20th Street, according to the SPS news release.

The girl was treated for her injuries in hospital.

Anyone with video surveillance of the area has been asked to check their footage from the time of the incident.

SPS has asked anyone with information to contact them or Crime Stoppers.