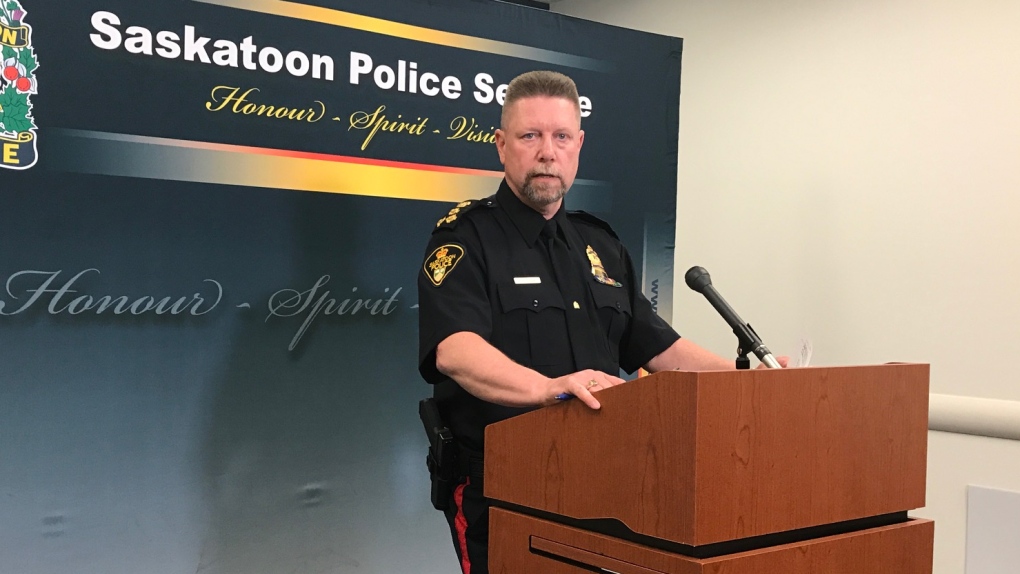 SASKATOON -- Saskatoon Police Services Chief Troy Cooper said he’s in favour of additional police and mental health teams to help keep up with the volume of mental health and addictions calls, which ultimately fall to police.

The board held the meeting in the wake of an online video showing a Saskatoon police officer impose force on a person resisting arrest, police said.

This week Saskatoon police have faced public scrutiny about officers’ use of force following a call for a suspicious person.

A video of Evan Penner's arrest was released on Monday by the Indigenous Joint Action Coalition and Black Lives Matter Saskatoon, with members of the two groups alleging that excessive force was used. In photos taken on Wednesday, Penner can be seen with a bruised right eye with scrapes and bruises on the right side of his forehead, cheekbone and ear.

Cooper said the suspect was able to remove a pistol magazine from the officer's belt and assaulted the officer with it. Cooper said Penner tried to grab the officer’s Taser. Penner is charged with mischief, assault with a weapon and attempt to disarm an officer. Cooper said the initial call was for a suspicious person, not for a wellness check.

Ward 7 Coun. Mairin Loewen asked about the city’s Police and Crisis Team (PACT) and its availability to officers in cases where a mental health component is present.

“Our PACT teams are busy their entire shift, we know that most of their calls are not criminal in nature, mostly around addictions and mental health,” Cooper said. “We have demand far exceeding our supply at the moment.”

The Saskatchewan Public Complaints Commission is to investigate the incident.

Cooper said the investigation will speak to all parties involved and determine if any wrongdoing occurred.

The officer has been given time away from work, as is routine practice after serious incidents, according to police.

Cooper said no allegations have been levied against the officer and the leave is not disciplinary.