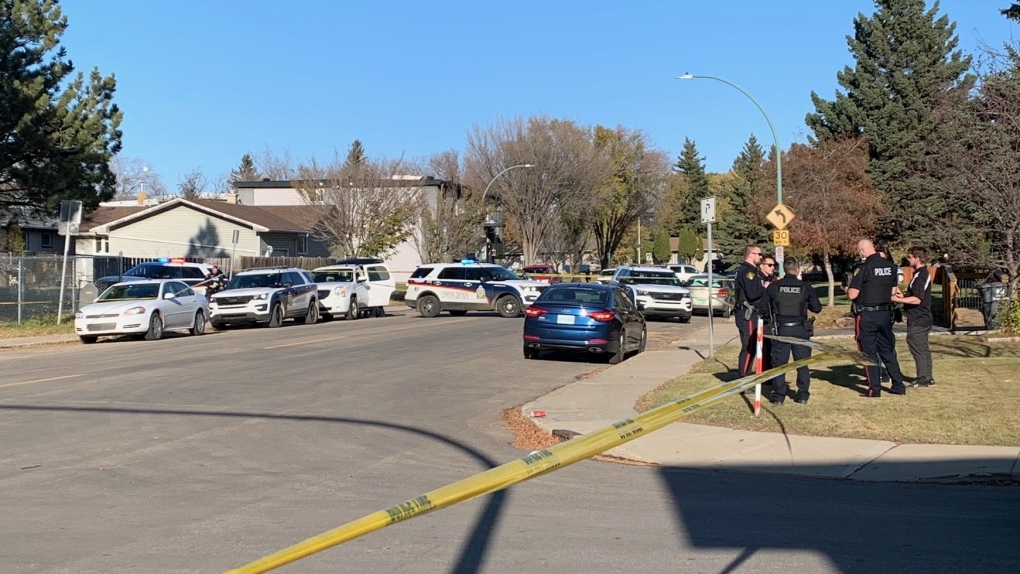 SPS received a report around 2:30 p.m. of a shooting in the 200 block of Northumberland Avenue. (Nicole Di Donato/CTV News)
SASKATOON -

Saskatoon police have charged a 31-year-old man in an alleged shooting near a school.

The shooting was reported to police around 2:30 p.m. on Friday.

Upon arrival, officers found evidence that a gun had been fired, according to Saskatoon Police Service (SPS).

A man who had a gun with him was taken into custody near the intersection of Avenue Y and 33rd Street, SPS said in a news release.

There were no reported injuries, SPS said

The school went into lockdown as a precaution during the incident. The shooting was not believed to be connected to the school.

The man is facing eight charges, including assault with a weapon, use of a weapon while committing an indictable offence and possession of a loaded, restricted firearm.