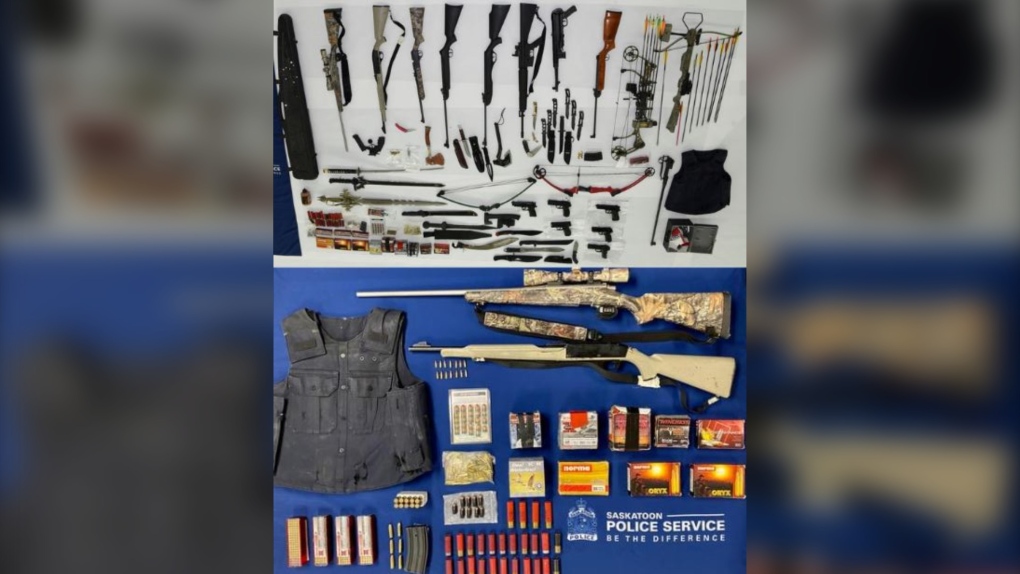 A 51-year-old Saskatoon man was charged with a host of firearms charges after a raid by the Saskatoon police guns and gangs unit on Tuesday.

A 51-year-old Saskatoon man was charged with a host of firearms charges after a raid by the Saskatoon police guns and gangs unit on Tuesday.

The man was actually arrested hours earlier on unrelated warrants after a traffic stop.

At about 7:00 p.m. Tuesday, officers executed a search warrant at an address in the 1500 block of Avenue F North, with the man still in custody.

As a result of previous weapons-related offences, the 51-year-old had a previous court order prohibiting him from having weapons in his possession.

'Not looking for a fight' but nothing off the table when it comes to Alberta sovereignty act: PM Trudeau

Statistics Canada says there were 2.8 million fewer commuters in 2021 than in 2016, as the pandemic drove a shift toward remote work.

Danielle Smith has gone straight from the political altar to a divorce from common sense – and her out-of-the-gate antics suggest she could soon claim the title of Alberta's briefest premier, Don Martin writes in an exclusive column for CTVNews.ca.

In the wake of southern B.C.’s first major snowstorm of the season, more than 100 schools in Metro Vancouver and the Fraser Valley are keeping their doors closed Wednesday.

A member of the Royal Family's household has left her role after making 'unacceptable and deeply regrettable' comments about race and nationality to a woman at a grand reception at Buckingham Palace, a spokesperson said on Wednesday.

Not to be a Debbie Downer but Canada will be without some iconic snacks for the foreseeable future after Little Debbie was forced to pull its sweet treats from store shelves across the country.