SASKATOON -- If you capture illegal driving habits on a dashboard camera, and you want to hold the driver accountable, be prepared to face them in court.

According to the Saskatoon Police Service traffic unit, while the prevalence of dashboard cameras has grown in popularity, police aren’t seeing as many complaints coming forward as one might expect.

“Recently I can think of two occasions where we received video where the complainant was willing to testify in court and that’s the key message,” said Staff Sgt. Devon Rocicot with SPS traffic services, adding police can’t simply take video of a traffic violation and press charges.

“You can’t just take video and take action unless we have a person behind that video, someone that’s willing to qualify the details in court, whether it’s a date, time, location and the fact that they actually took that video is very important.”

Jennifer Gelowitz monitors a social media page inviting members to post dashcam footage of their experiences on the road. She said while most of the videos show minor infractions, there are times where serious traffic laws are being ignored, and it would be helpful if the public could submit these videos to police and see if it is worth going to court.

“I caught someone pulling an illegal u-turn on Betts Avenue and the cops said I had to go down to the station to fill out a report and all of that. And I thought ‘oh really, there’s not an easier way just to submit my dashcam footage and just let you guys take care of it?’” Gelowitz said. 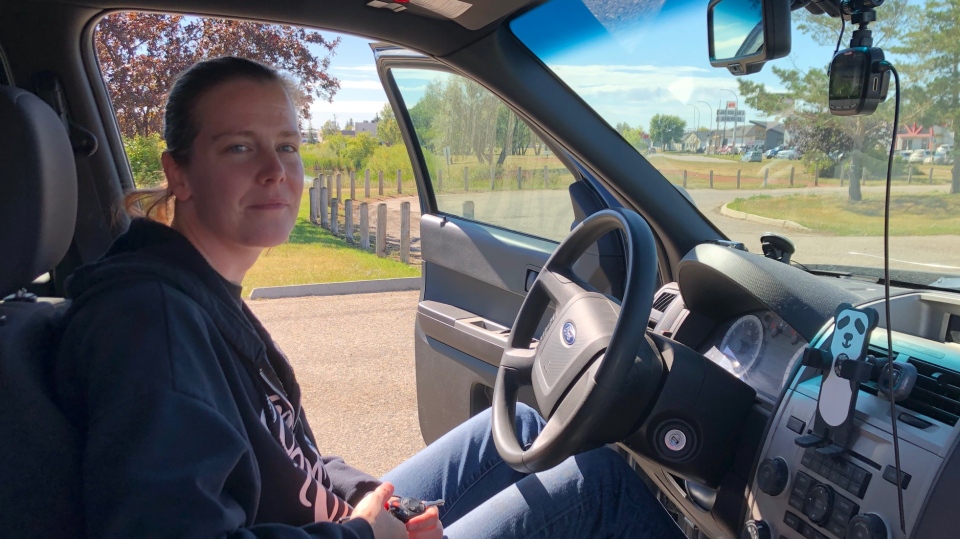 Staff Sgt. Rocicot said without someone available to attend the court date, proving they captured the video, date, time and location, police have limited powers to lay charges. He said attending court and testifying does turn some complainants away from seeing the process through.

“At the time people are adamant and want to go to court, they are very enthusiastic about providing that information and evidence and they want the violator to be charged, but in a lot of cases they don’t want to have any further involvement,” Rocicot said.

Gelowitz said it would be helpful if police could accept video submissions online.

“And if the cops think it’s a good enough video and they follow up with you, maybe more people would submit videos and they can take it from there if it’s worth their time,” she said. “It would be nice to just submit it online and let the cops figure out if it’s good enough or not.”

Staff Sgt. Rocicot said there have been times where police do receive dashcam footage, but rather than pressing charges, the registered owner of the vehicle gets some extra mail, warning them they were caught on a camera.

“We would send a letter to say that your vehicle was seen driving erratically at such date and time and information would be provided to the owner and a charge would not be laid,” he said.

The online community Gelowitz is a part of has grown to 1,000 members. She said with dashcams becoming more affordable, more and more people are sharing video online. And despite what drivers might think, the majority of people behind the wheel are good on the road, it’s a select few that give the city a bad reputation.